[email protected]: Why African CSOs are Crucial to Uptake of APRM’s Governance Reviews 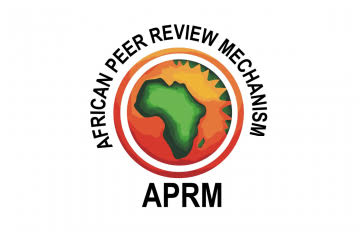 March 9, 2022 marks 19 years of the existence of the African Peer Review Mechanism (APRM), mandated by the African Union to enhance the state of governance on the continent. Yet, for the Mechanism’s reviews to have the desired impact, APRM must closely engage with African Civil Society Organisations (CSOs).

Governance has been defined as a system of management of an entity, an organisation or a country. It is concerned with structures and processes for participatory decision-making, accountability, as well as the control or behaviour of the persons at the helm of affairs so as to satisfy the expectations of the beneficiaries, targets or citizens, in an equitable manner.

The African Peer Review Mechanism (APRM) was established in 2003 as a voluntary self-assessment, peer learning and experience-sharing tool mandated to promote democracy, governance, human rights and rule of law in Africa. Over the last two decades, the APRM has worked tirelessly to improve the state of governance across many AU member states, with 80% of AU member states having voluntarily acceded to the mechanism so far.
The Mechanism’s work of strengthening governance across APRM participating states is in conformity with mutually agreed political, economic and corporate governance values, codes and standards, as well as socioeconomic development objectives contained in the Declaration on Democracy, Political, Economic and Corporate Governance.

The AU later expanded APRM’s mandate to include the monitoring of AU’s Agenda 2063 and UN’s Agenda 2030, early warning and credit ratings. Accordingly, the Mechanism now monitors Agenda 2063’s Aspiration 3: “An Africa of good governance, democracy, respect for human rights, justice and the rule of law” and Aspiration 4: “A peaceful and secure Africa” as well as Agenda 2030’s Goal 16: “Peace, justice and strong institutions.”
The APRM’s 5-year strategic plan (2016-2020) was aimed at its revitalization with focus on restoration, reinvigoration, and renewal. The implementation of the plan has repositioned the APRM as Africa’s premier governance assessment tool as well as attracting new members into the APRM family. Thus far, 42 out of the 55 member states of the AU have joined the Mechanism, many of whom have undergone the base, second and targeted reviews.

In 2018, the APRM was mandated by the AU to produce the biennial Africa Governance Report (AGR). The inaugural edition of the AGR was produced in 2019 while the second edition was published in 2021. The AGR presents an Africa-generated, objective, evidence-based, and balanced reviews on the state of African governance aimed at attaining the continent’s long-term political, socioeconomic and sustainable development visions.

Recently, the APRM continental secretariat embarked upon a campaign towards achieving universal accession of the Mechanism by 2023. To this end, the Mechanism has implemented targeted campaigns aimed at encouraging non-APRM countries to join the Mechanism. Despite its many successes, the APRM has been weak in terms of its engagement with Civil Society Organisations (CSOs) who would ensure the maximum utilization of the findings of its various country reviews and reports.
Consequently, the uptake and implementation of the recommendations of APRM’s reports and reviews is below par among civil society and non-state actors. An enhanced uptake of these invaluable reports by CSOs, private institutions and the media would spur discourses and dialogues on the most pertinent governance issues at member states level, thereby enhancing governance across Africa.
The APRM reviews and reports cover a wide-ranging themes from political and democratic governance, management and economic governance, to socio-economic governance, and corporate governance. This is in addition to issues around youth, gender, people with disabilities, human rights, elections, service delivery, corruption, and security. Although the 55 member states of the AU have dissimilar fortunes and are in varied conditions of governance, they share the common values of democracy and rule of law.
Nevertheless, their common and recurrent challenges are rooted in the absence of good governance, accountability and effective citizens’ participation. CSOs, private institutions, the media and opinion leaders can ensure more effective citizens engagement on governance issues and add tremendous value to the work of the APRM, by utilizing and engaging the Mechanism’s country reviews and reports.
By fostering public discourse around the findings and recommendations of the APRM, CSOs will not only enhance awareness about the Mechanism and its crucial reviews and reports but will also help enhance good governance, democracy and constitutionalism, which are necessary for the realization of the vision of a stable, peaceful and secure Africa as enshrined in Agenda 2063.

Gabriel Baglo, a former director of the International Federation of Journalists (IFJ) for Africa, is a communication and media development expert and consultant.