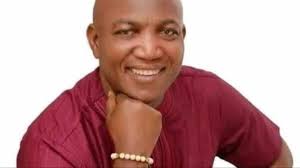 A political activist,  Mr Timi Frank, has called on Bayelsa governor-elect, David Lyon, to appoint only upright politicians as cabinet members of his new administration.

The News Agency of Nigeria (NAN) reports that Lyon will be sworn in on Friday as the new Governor of Bayelsa.

Frank urged the incoming governor to consider more competent women and youths in his government.

He said that the appointment should not be based on either friendship or political affiliation.

According to him, Lyon should run an all-inclusive government, because his victory at the last governorship election went beyond APC as a party.

“Bayelsans voted, irrespective of party affiliation for justice, development and a new order in the state.

“It is my belief that the incoming governor will learn from the outgoing governor.

“It is my belief that the incoming governor will be a governor for all, irrespective of tribes, political parties, religions or any other sentiments.

“I congratulate Chief David Lyon as he will take over the mantle of leadership of my state on Feb. 14.

“I expect the incoming governor to dedicate this laudable success to God and the people of Bayelsa, because the last governorship election which produced him goes beyond APC as a political party,’’ he said.

According to him, Lyon should be firm in taking decisions and always pay attention to the feelings, outcries and demands of Bayelsa people. (NAN)