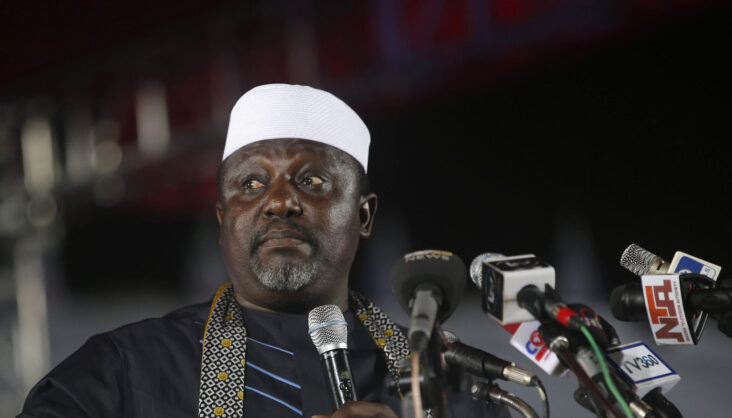 The screening was had already been postponed from 14 May to 23 May. But in the latest postponement announced on 22 May, APC spokesperson Felix Morka provided not ensuing date for the delay.

But as per the the National Working Committee (NWC) of the party, the APC will have to conclude its primary activities before 3 June, as per the schedule of the Independent National Electoral Commission.

The APC National Organising Secretary, Sulaiman Argungu, said the date had to be moved because the screening panel was not decided on, but added it is in the works. “But, we have to consult with our leaders before we make it public,” he was quoted in the Punch.

The panel will be made up of seven members, with one from each of the six geo-political zones, and will be set up by the National Working Committee.

The new dates were tentatively set for 24 and 25 May in the Federal Capital Territory, but there is no confirmation to date that they took place.

In the midst of the delayed screenings, one aspirant was arrested and thus blocked from attending.

Former governor of Imo State, Rochas Okorocha, was arrested on Tuesday 24 May at about 6.30pm from his Abuja residence, where security operatives had been standing since around 11.30 am.

While addressing journalists during the siege,  Okorocha claimed that the Economics and Financial Commission (EFCC) was behind his arrest to try and stop him from attending the screening of APC presidential aspirants.

However, a statement signed by the EFCC spokesperson, Wilson Uwujaren, stated the reason for the arrest was that Okorocha had evaded his corruption trial and jumped administrative bail.

Although it’s not clear whether Okorocha’s presence is necessary at the screening, an arrest days before is unlikely to strengthen his standing.

To date, there are 25 presidential aspirants under the APC. They are expected to battle it out for the ticket at the primary election set for 29 May and 30.