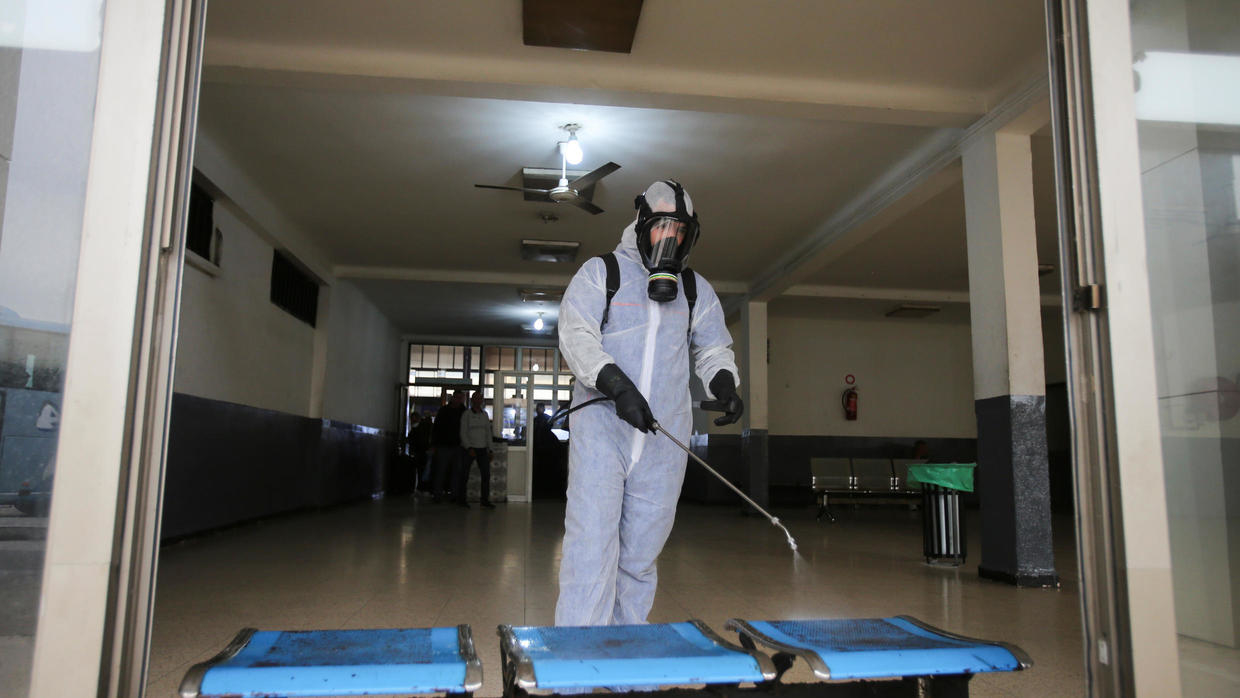 Algeria has banned street protests over the coronavirus, President Abdelmadjid Tebboune said on Tuesday, bringing to an end a year of unprecedented mass demonstrations that brought down the veteran president and convulsed the state.

“The lives of citizens are above all considerations even if this requires restricting some freedoms,” he said.

Algeria has confirmed 60 cases of the coronavirus including five deaths, mostly in the town of Blida, south of the capital, and has restricted much foreign travel and closed mosques.

The protest movement, known as the Hirak, exploded onto the streets in February 2019 as it became clear that octogenarian leader Abdelaziz Bouteflika would seek another term as president after 20 years in the job.

Demonstrators quickly moved from demanding he step aside to insisting that the entire ruling elite that had run Algeria since independence from France in 1962 must also quit.

In April, as hundreds of thousands of people continued to march through the streets of major cities, Bouteflika gave in. He resigned hours after the powerful army chief, Ahmed Gaed Salah, said he should go.

With Bouteflika out of power, the authorities began detaining many of his closest allies on corruption charges in the biggest purge of the ruling class for decades, but the protesters viewed the reforms as cosmetic and would not yield.

As they started to demand the army’s withdrawal from politics and Gaed Salah’s resignation, the army chief pushed for a new election to replace Bouteflika.

The protesters opposed that, saying any vote would be illegitimate while the old elite still held sway. But the election went ahead in December, putting Tebboune into power.

Days later, Gaed Salah died suddenly of a heart attack, meaning all Algeria’s most prominent figures from a year before, men who had dominated power for decades, had left the scene.

Tebboune offered talks with the protesters and promised to change the constitution, but the street demonstrations continued, though with what witnesses said were smaller numbers.

As the coronavirus arrived in North Africa this month, some protesters said they would no longer march for the sake of public health, but thousands still took to the streets.