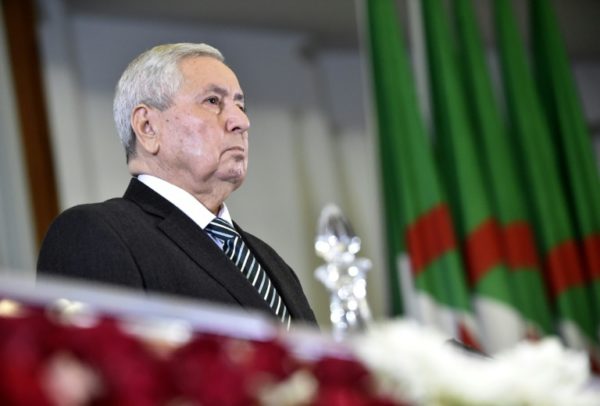 Algeria’s Interim President, Abdelkader Bensalah, has set Dec. 12 as the date for the country’s delayed presidential polls in an attempt to end a months-long political standoff.

Bensalah said in a televised address that the election was an “urgent” step for the country that has seen anti-government street protests since February.

In April, long-time President Abdelaziz Bouteflika was forced to resign under pressure from the protests and the influential military.

Protests have since continued, demanding an overhaul of the political system and the departure of Bouteflika-era officials, including Bensalah.

On Sunday, Bensalah said that the presidential polls provide a “unique chance” for the North African country.

“I am still confident that these elections represent the sole and effective democratic solution, which will allow our country to overcome its current situation,’’ he said.

“The presidential election will present a unique chance that can establish confidence in the country.’’

“The time has come today for everyone to give precedence to the nation’s supreme interests over all other considerations because the matter is related to the future of our country and the future of our children,’’ Bensalah added in Arabic.

In June, Algeria postponed presidential poll that was scheduled for July 4, after the only two candidates, who had submitted bids, were disqualified. (dpa/NAN)