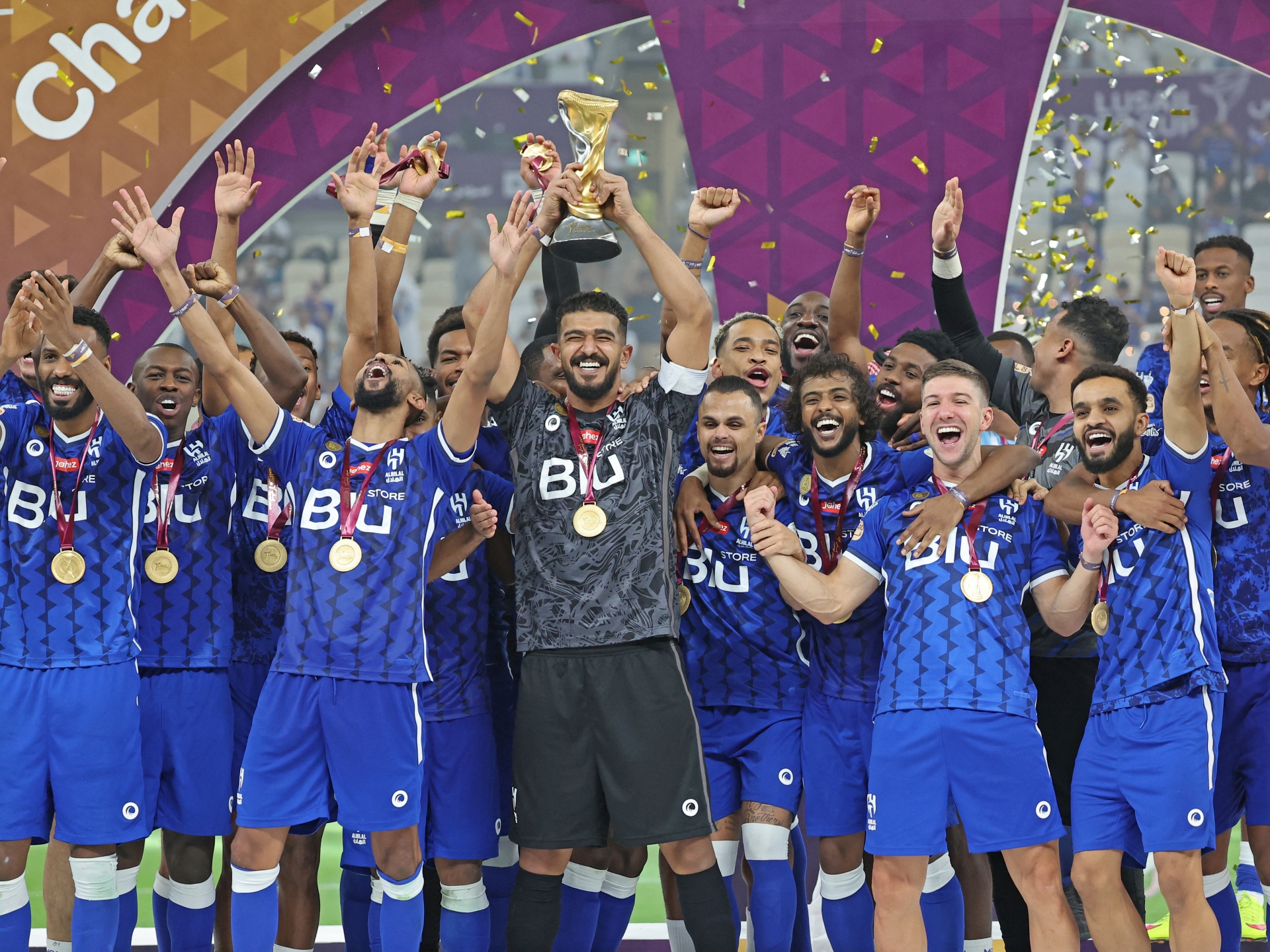 Saudi champions edge out Egyptian side on penalties at venue that will host the final of World Cup 2022.

Saudi champions Al Hilal added another piece of silverware to their trophy cabinet after beating Egypt’s Zamalek on penalty kicks to lift the Lusail Super Cup.

The match, taking place at Lusail Stadium in Qatar on Friday, ended 1-1 in normal time in front of more than 77,000 fans.

Al Hilal scored off the first four kicks while Zamalek were only able to convert one.

Earlier, Al Hilal’s Odion Ighalo opened the scoring in the 18th minute, chipping over the keeper from the edge of the fans to send the travelling Saudi fans into rupture.

Ahmed Sayed equalised for the Egyptians who were able to withstand a barrage of attacks by Al Hilal in the second half.

The Saudi side enjoyed the bulk of the possession during the game, but was unable to add to its tally before the referee blew for the end of normal time.

The game between the Saudi Pro League champions and Egyptian Premier League winners was the first match to be held at the stadium, which will host the World Cup 2022 final, featuring two foreign teams.

Prior to kick-off, Egyptian music legend Amr Diab also performed at the venue which has a capacity of 80,000 and is the last of the eight World Cup venues to host matches.

“I’m so happy we won. Zamalek is a top team and we lost to them last time so this feels even better,” Muhammad Khalid, Al Hilal supporter from Riyadh, told Al Jazeera, adding that he had a “excellent” time at the match.

“We were always in control. Penalties are not always fair but we still were the better team.

“The energy inside the stadium was crazy.”