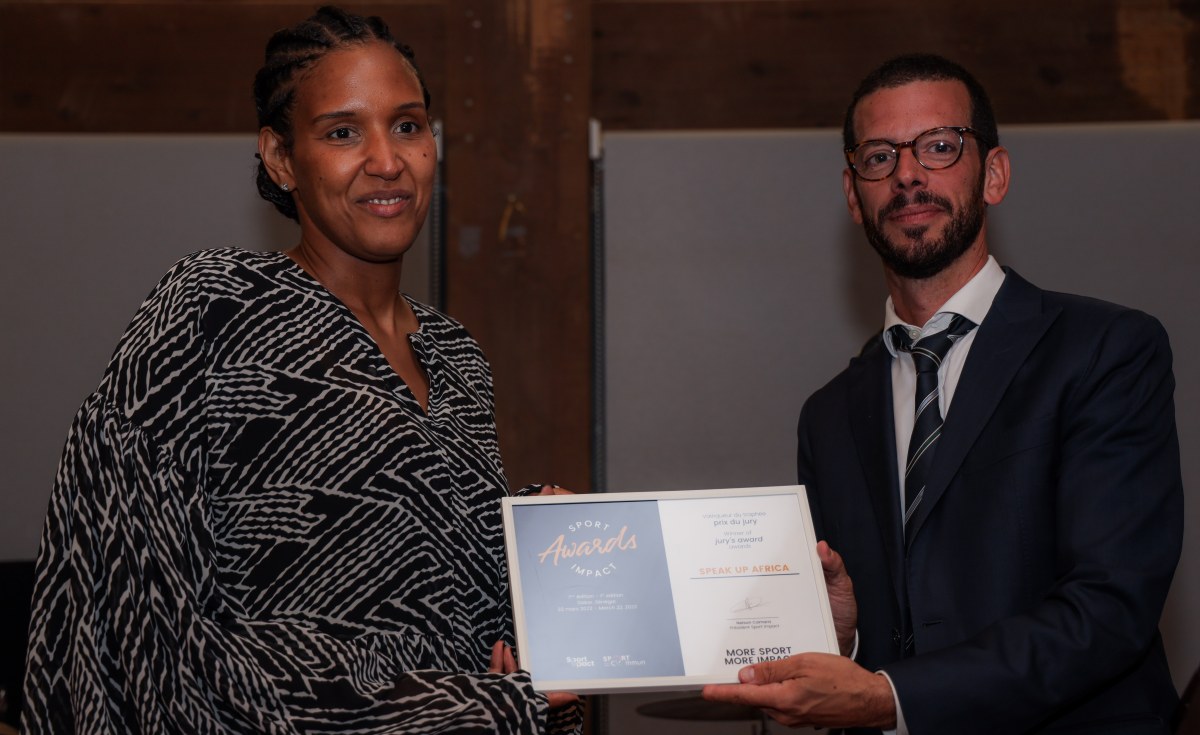 Nelson Mandela, former President of South Africa, said, “Sport has the power to change the world. It has the power to inspire. It has the power to unite people in a way that little else does. It speaks to youth in a language they understand. Sport can create hope where once there was only despair. It is more powerful than governments in breaking down racial barriers. It laughs in the face of all types of discrimination.”

Nelson Mandela shows the convening power of Sport and its far-reaching potential in creating spaces, promoting understanding and mobilizing tools and resources for young people to engage and co-create solutions to the world’s most entrenched problems. And on this Africa Day, when we celebrate the unity of the continent, it’s important to put a spotlight on sport, which brings us all so much closer together.

Through Sport, we can attract, motivate and inspire young Africans to take action and responsibility to improve their health and well-being. Sport improves health in two ways – direct participation, and   indirectly, as a spectator, Sport is a powerful platform to speak to people and communicate important messages about health, for example, sports played an incredibly powerful role in educating individuals and communities during the height of the HIV/AIDS epidemic. And we are now using it across many other health issues, for example in NTDs and Malaria.

Today, Africa is the world’s youngest, fastest-growing continent, with over 70 percent under the age of 30. However, the continent shoulders 96% of global malaria deaths and over 40 percent of the global burden of Neglected Tropical Diseases (NTDs) that affects more than one billion people globally. Malaria and NTDs are causing immeasurable suffering and negatively impacting their educational, economic and social outcomes.

We have seen the power of sport in the fight to eliminate Neglected Tropical Diseases (NTDs). On World NTD day last year, leaders, influencers and over 100 young people came together to paint a mural at the foot of the African Renaissance Monument in Dakar, Senegal to bring attention to the need to eliminate these devastating diseases. The mural acts as a collective thought space and a reminder, in a popular convening spot for young people – like the basketball court – of the part we all have to play in the fight to eliminate NTDs.

Africa’s young people are critical agents of change at the community, national and regional level. Continuing to create spaces where they can converse, engage and take action cements their contribution towards achieving tangible solutions to eliminate NTDs and Malaria on the continent.

Additionally, sports carry ideas and values. Working with professional footballers like Khalilou Fadiga and Patrice Evra on issues of gender equality and disease awareness has been a powerful catalyst to connect young people to these ideas through their favourite sports personalities. The Olympic is another example, it values of excellence, inclusion, friendship and respect are a few. Every Olympian is a symbol of unity, sharing similar dreams, aspirations and ethics. We have been collaborating with Special Olympics Senegal (SOS) since 2014 to promote inclusive health. Our collaboration recognizes the urgent need for people with intellectual disabilities to meaningfully engage in health policies and programs to ensure their specific needs are accounted for and that they have access to the appropriate health services.

Sport also supports equality since the same rules apply to everyone. Amidst issues of gender imbalance across society, Sport is a prime lever to accelerate gender equality as it confronts gender norms both on and off the field. Female participation in Sports challenges common stereotypes and social roles associated with women. Sport can help women and girls demonstrate their talents and achievements to society outside of the social stereotypes of a home maker by emphasizing their skills and abilities. As their belief in their own abilities grows, they drift into taking up leadership roles and filling decision-making spaces which translates into positive change in their daily lives.

Through our African LeadHERs campaign, we collaborated with Ysaora Thibus, Olympic fencer, 2021 team Olympic silver medalist, Diandra Tchouatchang, French basketball player and 2021 team Olympic silver medalist and Astou Ndiaye, Senegalese basketball player, Olympian and WNBA Champion to support the narrative around women in sports by providing them with a platform to share their own stories and highlight Sport’s positive impact on health and psychosocial conditions.

Sport remains a power force for change. For health promotion, gender equality and its ability to convene young people and communities, it also presents a platform for conversation and engagement on issues outside of sport that are ordinarily difficult to engage on like malaria or NTDs. However, we are yet to fully realize its full potential. For Africa’s majority young population, sport provides an effective means to not only improve health but also acquire necessary life skills. We need to build stronger partnerships between athletes, young people, sports institutions and political leaders to create more spaces to fully realize its true power – its force for change for sustainable development in Africa.