Africa: Can the Russian Invasion of Ukraine Support Transition Towards Renewables? #AfricaClimateCrisis 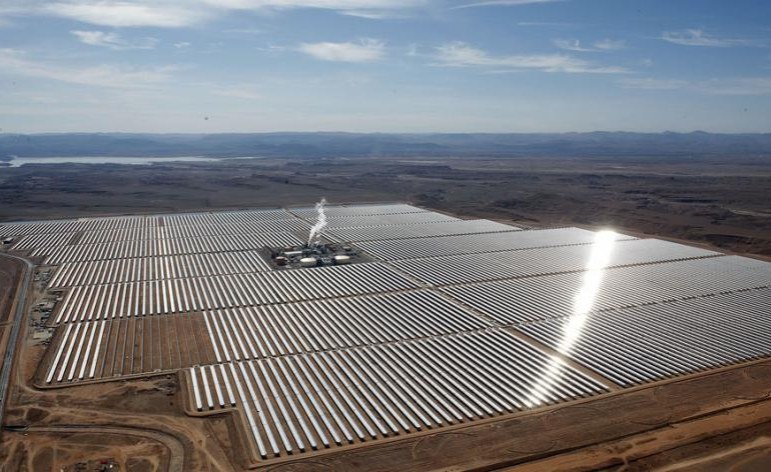 Harare — Russia provides about 25% of the oil that Europe needs and 45% of its gas imports, according to experts writing for African Arguments. The conflict has highlighted the vulnerability of national security in the energy dependent countries. While there is much speculation about what the invasion means for the global political order, it also highlights the importance of a transition to more sustainable forms of energy.

The Centre for Sustainability Transitions (CST) and The South African Institute of International Affairs (SAIIA) have launched a series of webinars focusing on the implications of the invasion for the African continent. In their latest webinar titled, The Future of Energy: Can the war support the transition towards fossil fuel alternatives?” hosts, Professor Mark Swilling, Co-director of the Centre for Sustainability Transitions at the Stellenbosch University and Dr Olena Pavlenko, a Deputy Head of the EITI MSG in Ukraine and President of DiXi Group Think Tank weighed in on how this war could impact the transition away from fossil fuels amid the climate emergency and whether it will hasten the transition or not.

Following the invasion, oil and gas prices rose rapidly, which has increased the likelihood of gas-to-coal switching for electricity generation across Europe and the world, according to a report by the Thomson Reuters Foundation.

Germany has already decided to use coal, again, for what they say will be a short period of time, because of risks to national security, and to be ready for winter, says Dr. Olena Pavlenko Polanco. This is despite many countries including Germany having pledged to reduce their reliance on coal power before the invasion.

Coal is a major contributor to climate change and the war has made it more difficult to phase out as it is relatively cheap and widely available.

This clearly shows that in the short term, the war has had a negative impact on the immediate goal of reducing carbon emissions.

This is how they’ll do it.

Dr. Olena Pavlenko Polanco, an energy expert who has worked on strengthening the energy sector governance and improving policy and transparency, says Ukraine was doing well before the war.

“We were developing our National Energy and Climate Plan. So even now actually with the reconstruction plan of Ukraine, which was presented in Lugano in July, we still keep these promises on decarbonisation and more development of renewables. So we want to use the the reconstruction or rebuilding process, actually not to rebuild what was there before but to modernise our energy sector during the process of rebuilding,” she said.

But if the war in Ukraine has exposed the danger of being too dependent on commodities from one country, in this case, Russia, how would this be avoided in the future? How does the world avoid a swap from one dependency for another since a monopoly on clean energy would cause an opportunity for manipulation.

This is where the Extractive Industries Transparency Initiative (EITI) comes in, says Polanco.

EITI is a global standard which is implemented in more than 50 countries. Governments and companies publicly report how much taxes they pay to different different levels, local budgets, state budgets, special funds on an annual basis.

Since 2011 according to Polanco, the EITI has built a sort of trust between extractive companies, energy companies and governments in Ukraine.

For Africa, the most visible impact of the war has also been the rising fuel and food prices, inflation and financial instability.

The poorest countries are hardest hit as a large proportion of their consumption expenditure is on food and transport.

In July 2022, while addressing South Africans on the energy crisis, President Cyril Ramaphosa said one of the first steps his administration took to address the electricity shortfall was to revive the renewable energy procurement programme in 2018.

Since then, over 2,000 MW of solar and wind power has been connected to the grid through Bid Window 4 of the programme.

A further 2,600 MW of capacity has been procured through Bid Window 5, which will begin to add capacity from early 2024, Ramaphosa said, adding that the government had already started to diversify generation by allowing parties other than Eskom to generate electricity.

While the war may have provided a short term set back to global climate goals, it is likely that in the long run it will accelerate the energy transition. If companies and nations are incentivised to adopt of a range of lower carbon energy sources, the transition would happen faster, said Polanko. The question is whether such a shift can happen rapidly enough to allow the world to meet its climate action goals.

There has been a substantial increase in coal exports to Europe between January and May 2022, according to Swilling. “It’s a 40% increase. If you look at the graphs of the increase in exports to Europe, it’s absolutely stunning, actually. I mean, countries like Spain, Poland, Germany are importing coal from South Africa from zero, they did not import anything. France has increased from 74 to 511 tonnes,” he said.

We can’t afford making that a norm if we are going to avoid the worst impacts of the climate crisis. One major setback has been how the combination of the Covid-19 pandemic and the conflict has disrupted supply chains which has resulted in a rise in shipping prices. Swilling says there has been a 40% increase in prices of renewable energy equipment that South Africa imports.

“So the prices according to the South African renewable energy industry, the equipment that we import, has gone up by 40%. Since window five, the prices which were locked in for Bid Window 5 last year. So as you will probably all know, I think except for one project, none of the projects that were approved in Bid Window five, have reached financial close, because the prices that we’re locked in are too low, to make the project viable in the light of a 40% increase in prices of equipment,” he said.

Despite this, investing in renewable energy makes social and economic sense.

According to Deborah Ramalope head of climate policy analysis at Climate Analytics, solar has now become the cheapest source of energy generation with the costs of wind and solar energy having declined by over 72% and 90%, respectively, between 2009 and 2021. This is good news for the continent which has arguably the highest solar radiation levels in the world.

A transition to renewable energy is really good for Africa and the world, and ensuring universal access to affordable electricity by 2030 means investing in clean energy sources such as solar, wind and thermal.This would lower greenhouse gas emissions, slow down climate change, enhance air and water quality, protect human health and the environment, and in the end spur economic growth.

The United Nations and partners have already launched two new initiatives to accelerate action towards achieving clean, affordable energy for all, and the goal of net-zero carbon emissions.