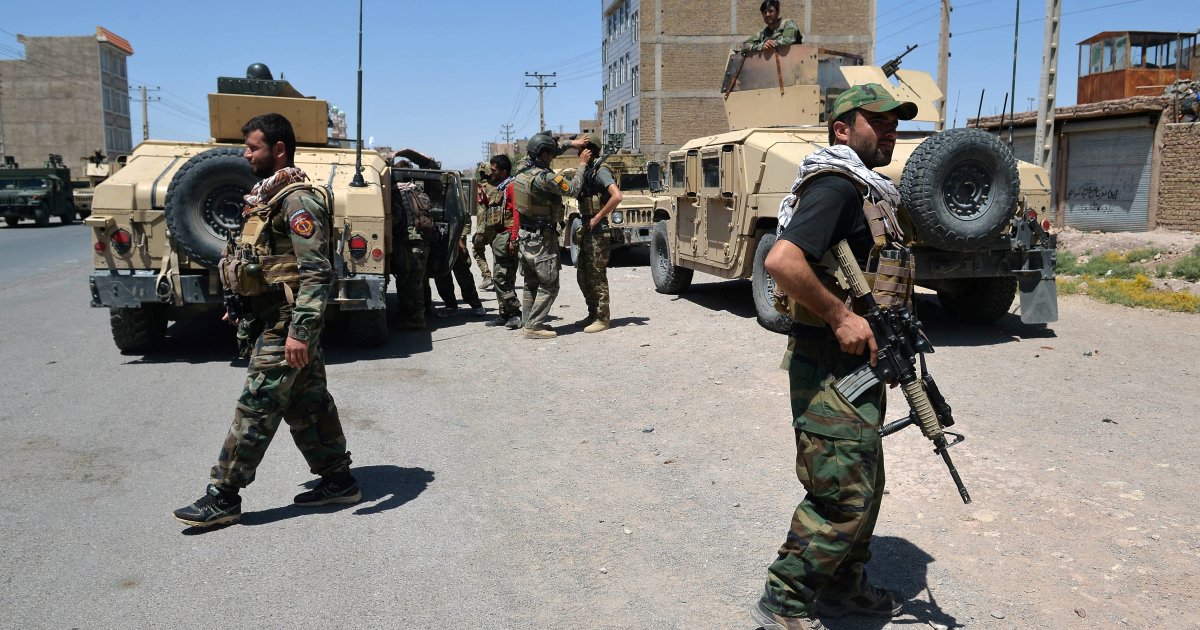 Afghanistan’s government is arming local groups as part of a three-phase plan to push back the Taliban offensive, the Afghan interior minister tells Al Jazeera in an exclusive interview.

“We are working in three phases. The first is to stop the defeats [of the government forces], the second is to re-gather our forces to create security rings around the cities,” Mirzakwal told Al Jazeera’s Charlotte Bellis, who travelled with the minister to the Wardak province in central Afghanistan.

“All those soldiers that abandoned their posts, we’re bringing them back to their posts. The third is to begin offensive operations. At the moment, we’re moving into the second phase,” he added.

In the last three months, the Taliban have more than doubled their territory and in the last week, started to take provincial capitals, seizing nine by Wednesday.

Mirzakwal said a lot of the governments’ defeats were a result of them losing control of roads and highways.

Many areas must be resupplied by air and, after the United States began withdrawing its forces, the Afghan government lost a lot of that capability.

“Unfortunately, with their withdrawal, the fighting started in 400 areas of the country,” he said. “We have very limited air support, the helicopters have been busy with moving supplies and evacuating our dead and injured forces.”

Mirzakwal said the central government is delegating the power to local leaders to recruit and arm within their community to fight against the Taliban.

“These people have announced their full support to the president and government. They will fight the Taliban along with the government forces,” Mirzakwal said.

“There are concerns from the international community about these uprising forces at the moment but all their members will eventually merge into the Afghan national security forces.”

In Wardak, community leaders from across Afghanistan queued up to pledge their support or look for help.

Wardak’s governor Lawang Faizan said he already has 300 men fighting in one local uprising force, but he complained he could only provide weapons for two-thirds. He cannot provide the rest with with water, let alone money or arms, he said.

“For the last few months people are waiting for their weapons but unfortunately the promises I made to these people were not fulfilled, but there is no doubt in their loyalty and desire to help,” he said.

The government had reportedly launched an initiative in June that it called “National Mobilisation”, arming local volunteer groups.

Thousands of police officers have also abandoned their posts in recent months, but the government said they are returning and will be retrained, then re-deployed to the field.

They also say 5,000 people have signed up for the police force in the last three weeks with another 2,000 graduating this weekend.

Fighting between Afghan forces and the Taliban has escalated dramatically since May, when the US-led military coalition began the final withdrawal of its forces – set to be completed by the end of August.

While the Taliban pledged not to attack foreign forces as they withdraw, it did not agree to a ceasefire with the Afghan government. Peace talks between the government and the Taliban in Doha have produced little results as the armed groups made rapid gains on the ground.

The government’s strategy to fight back is slowly becoming clearer, but its implementation is still fraught and the stakes have never been higher.

“I am asking the Taliban to stop their brutality. Leave killing. Sit down with love and we should find solutions,” Mirzakwal said.

“Let’s come and sit together and make a coalition government, one that would be acceptable to all sides. The sooner we do that, the better,” Mirzakwal said.