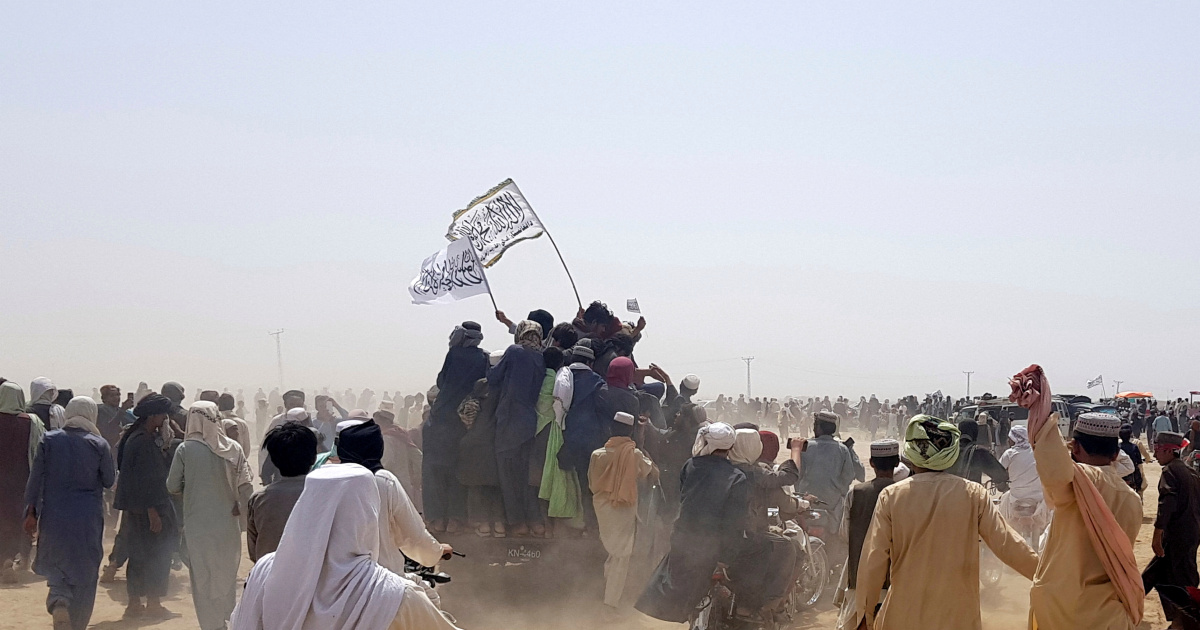 The Taliban has captured the city of Kunduz, the armed group said, the third provincial capital it has taken over in the last three days.

The development on Sunday came as the Afghan government struggles to confront the armed group as it opens new battlefronts and amid an apparent collapse in the years-long negotiations between Kabul and the group.

Al Jazeera spoke to Ahmad Shuja Jamal, head of international affairs at Afghanistan’s National Security Council, to get a sense of the Afghan government’s appreciation of the situation.

Al Jazeera: Why are the Afghan forces unable to challenge the Taliban as it takes over territory with such speed?

Ahmad Shuja Jamal: The Afghan National Defence and Security Forces (NDSF) are not unable to address these situations. They have been able and are fully capable of putting up a stiff resistance across multiple provinces for the past three to four months.

The NDSF are able to do this despite the fact that the Taliban have received a large infusion of men and weapons. Because, if you recall, in previous fighting seasons, which is really in the summer and spring and early fall, it’s that the Taliban were able to make trouble in 13 or 14 of the total 34 provinces.

This year, all of a sudden, they have been able to actually push their campaign to nearly all of the provinces. The NDSF is putting up with that kind of escalation because if you have 14 men, you send them to 14 provinces with 14 guns. You can’t do the same thing with 34 provinces.

The truth is, the Taliban have received men, weapons and explosives but also direction from across our southern frontiers, which is Pakistan. That is why [they] are able to put up with such a stiff resistance across the country.

Al Jazeera: Do you accept that all of these places are falling to the Taliban because it sounds like what you are saying is that Afghan forces are putting up with the group?

Jamal: If you focus on a given sliver of time, at any given moment, a province may have come under the Taliban’s control. But I think the situation remains completely fluid, which means, as we are speaking, the Afghan National Defence and Security Forces are actually rallying and pushing the Taliban out of the province of Kunduz.

Because here’s the truth and the truth is that the Taliban are able to push in, are able to grab all of these headlines that spur the conversation that you and I are having today but they are not capable of holding the provincial capitals. They have simply been unable to do that and as you have said a few moments ago, the last time they were able to capture any provincial capital was six years ago in 2015.

That really speaks to the ability of the NDSF to hold ground and push the Taliban out. The sad reality of this ground changing hands, and the push for the Taliban to enter these areas that have been peaceful till this moment, is that civilians are really bearing the brunt of all of this.

Because we’ve seen an increase in civilian casualties just as the Taliban have escalated their violence. Approximately two-thirds of the casualties have been women and children and that speaks to the Taliban’s modus operandi which is that they’re using civilian homes to hide but also launching attacks and that is creating a terrible toll for civilians.

If you also allow me, let me also add that the province of Kunduz is significant in one other way.

Kunduz is the gateway to Central Asia because if the Taliban is able to establish a toehold in this province, then with the multiple terrorist organisations, the IMU in Uzbekistan, the Ansar Allah from Tajikistan, and the multiple other ones, they are able to link Central Asia so the fight here by the NDSF is not just for us but it is for Central Asia and the neighbourhood.

We are fighting a transnational terrorist threat that is manifested in the form of the Taliban.

Al Jazeera: American B52s have been used to support Afghan forces in the south. What happens when the Americans are gone because they are meant to be out by the end of the month?

Jamal: The Afghan air force itself has been engaging the Taliban positions for many years now. It has been working over capacity primarily because we have a few airplanes that are being repaired, some of them internally by our own Afghan mechanics and technicians, some of them have been sent overseas to other countries in which better technical abilities exist.

So the Afghan air force is able to pick up some of the slack from the B52s that the US leave behind. It’s important for us to also recognise that we need the air protection because we are fighting an asymmetric warfare and what I mean by that is that the Taliban in street-to-street combat.

They’re planting improvised explosive devices. These are effectively anti-personnel mines on the streets, in people’s homes which makes it incredibly difficult and time-consuming to detect and defuse these bombs as you push the Taliban out.

Al Jazeera: How do you continue peace talks with the Taliban when it is making so many gains?

Jamal: Afghanistan has always kept the door to peace open and we will continue to remain open to negotiations and a comprehensive ceasefire. That door is not closed even as the Taliban are pushing their luck on that table.

But we challenge the Taliban to actually demonstrate their willingness to want peace, to match their actions with the rhetoric that they’re putting out not just to us but to the rest of the world for the past several years.

This is why we think that the UN Security Council should have an emergency session that takes stock of the Taliban’s rhetoric versus their actions, to take stock of the humanitarian situation that the Taliban has brought upon the Afghan civilian population, but also how this group – which is under so many heavy UN sanctions that obligate regional states not to give them weapons and arms – are able to receive weapons and arms.

Those are some of the questions in the immediate future that we hope to ask because we are fighting a menace that keeps resurfacing and keeps rejuvenating with resources from across the frontiers.

Al Jazeera: Afghanistan has accused Pakistan of aiding the Taliban, but in recent days, the Spin Boldak border crossing between the two countries has been closed by the Taliban because Pakistan has imposed visa requirements, what do you make of this development?

Jamal: It is very well documented and it is not just an accusation from the Afghan government; you speak to the UN Security Council, their analytical and sanctions monitoring team puts out reports periodically, you speak to independent experts, you also speak to regional countries, the United States. I think everybody believes [this is the reality]. I think this is a figure from the 2014 US Defense Department: of the many explosive devices that were used to killed American soldiers in Afghanistan, 80 percent of them used ammonium nitrate which is fertiliser but also a precursor for explosives were produced in two Pakistani factories.

So with that kind of import of war-making capability, it is difficult for any power, including the United States to singlehandedly defeat the Taliban in Afghanistan.

But you are right that customs plays an important part of the Taliban’s ability to regenerate, but it is not the only thing. The other thing is that the Taliban is involved in transboundary, transnational organised crime in the cultivation, production and smuggling of narcotics into Iran but also through Central Asia and to Russia and Europe.

They’re also able to extort money from people and truck drivers who drive commercial goods across the country so that is really what’s feeding the Taliban. The revenue from the borders, although alarming is really only a small fraction thus far of their revenue to feed the war.