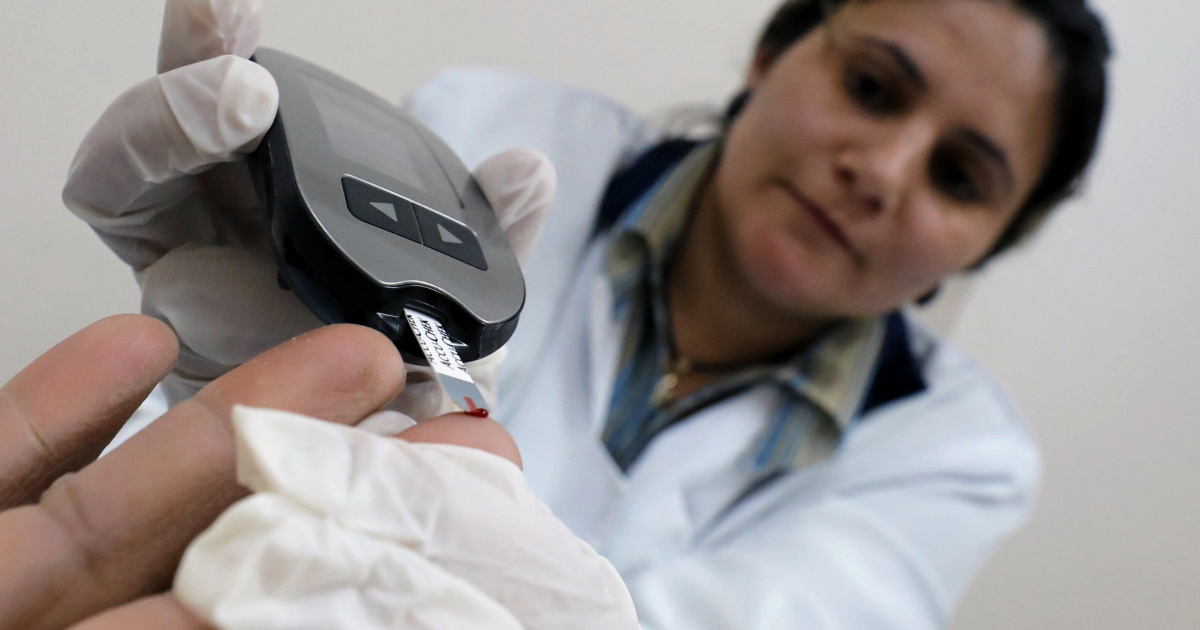 Kuala Lumpur, Malaysia – Malaysia has registered the world’s first affordable – and effective – new drug for hepatitis C, offering the hope of accessible treatment to millions of people around the world at risk from a disease that has few early symptoms, is hard to diagnose and is often seen as a “silent killer”.

The drug, ravidasvir, was approved for use with an existing drug, sofosbuvir, in June, five years after the Malaysian government, partnered with the Drugs for Neglected Diseases initiative (DNDi), a collaborative, non-profit drug research organisation to develop the drug.

“We decided to work with middle-income countries to try to develop an effective treatment,” said Jean-Michel Piedagnel, director of DNDi Southeast Asia. “We started the clinical trial in Malaysia and Thailand saying we are also going to put on the market an affordable treatment.”

The new drug is a direct-acting antiviral (DAA) developed with Pharco, an Egyptian generic drug manufacturer, and is an effort to bring more competition into a market dominated by the world’s biggest pharmaceutical companies. Sofosbuvir – the first DAA – secured approval in the United States in 2013.

Some 71 million people around the world are thought to live with Hepatitis C, a blood-borne virus that can lead to cirrhosis and is one of the leading causes of liver cancer, according to the World Health Organization. There is no vaccine against the disease, which often has no particular symptoms until the liver becomes infected.

For years, the disease was treated with an array of drugs that carried debilitating side effects and often made people feel even worse.

DAAs were a “revolution”, according to Piedagnel, offering patients, for the first time, an effective cure and fewer side effects.

But sofosbuvir – under patent to the US drugmaker Gilead – was expensive and out of the reach of many middle-income and developing countries. “Hepatitis C medicines have always been very expensive in the Western Pacific region, because we have only high- and middle-income countries, as categorised by the World Bank,” explained Dr Po-Lin Chan, the WHO’s medical officer for viral hepatitis.

China, Malaysia and Thailand were among countries excluded from Gilead’s voluntary licensing in 2014.

That year, a University of Malaya study estimated Malaysia had at least 400.000 people living with hepatitis C.

Among them was 49-year-old Ng Song Ping.

The disease had drained him of all energy.

“Even if I worked just a little I was exhausted, sleepy, I couldn’t work for long,” he said. “Even showering, eating, watching TV made me feel tired.”

Ng was one of 300 people who joined the clinical trial for ravidasvir plus sofosbuvir that began in 2016. Three months after he began the treatment, tests showed no trace of the virus.

“Now, I’m already OK, the tiredness and sleepiness are gone,” he told Al Jazeera. “Now, I work every day, 365 days per year, I don’t take holidays. I made a vegetable farm, I plant the vegetables, harvest them, deliver them to shops every day.”

Under the legal conditions of the clinical trial, Malaysia was able to access sofosbuvir at an affordable price, importing the drug from Egypt, which had rejected the patent on the drug, allowing it to be produced by generic manufacturers.

In 2017, Malaysia went a controversial step further, issuing a compulsory licence for sofosbuvir, which allowed it to import the drug into the country under World Trade Organization rules.

“In international law, if the product is patented, and a country wants to use that product for public non-commercial use, if it’s a situation of urgency, then there is no need to go and negotiate first with the patent holder,” said Chee Yoke Ling, an international lawyer and executive director of Third World Network, a Malaysian research and advocacy organisation. “In Malaysia, our laws implement that as the rights of government.”

What seemed a controversial decision in 2017 is now becoming more widely accepted thanks to the COVID-19 pandemic, which has changed the way intellectual property in the pharmaceutical field is viewed.

“What happened in Malaysia provides a useful example for other countries. There could be an opportunity to advance the reduction of intellectual property provisions that don’t benefit countries as there’s a shift in how these superpowers are thinking about intellectual property. For example, the US endorsing the TRIPS waiver for COVID-19 technologies,” said Fifa Rahman, who ran hepatitis C advocacy efforts at the Malaysian AIDS Council in 2016 and is now working on the ACT-Accelerator for the global COVID-19 response.

The ravidasvir plus sofosbuvir trial, which was published in The Lancet in April, showed the drug combination to be highly effective and well-tolerated, curing patients in 97 percent of cases.

With the success of the trial, Malaysia has developed a full access strategy for diagnosis and treatment of hepatitis C, targeting local government clinics.

“In the long term, it will also be cost-saving for us to prevent liver cancers, cirrhosis and liver failure, as the treatments for these diseases are more expensive so this is very important for us to invest in public health and this is where prevention comes in”, Dr Noor Hisham Abdullah, Malaysia’s director-general of health and also a director of DNDi, told reporters at a news conference announcing the drug breakthrough.

The government worked closely with the civil society groups, running outreach programmes in affected communities to identify those at risk and facilitate access to screening and treatment.

A screening study conducted in three Malaysian prisons by MTAAG+, a Malaysian HIV and hepatitis C treatment access and advocacy group, revealed inmates as a vulnerable population, leading to the inclusion of people in prison and rehabilitation centres among the priority groups in Malaysia’s national hepatitis C programme.

Comfortable access to screening and treatment for key populations, such as drug users, men who have sex with men, transgender people and female sex workers, was improved through stigma reduction training conducted by the Malaysian AIDS Council.

“I cannot say 100 percent that we have eradicated stigma, but it has been improved,” said Anushiya Karunanithy, who leads the hepatitis C programme at the council.

“The healthcare workers are more welcoming now, they understand about the key populations. We have good family medicine specialists at some of the clinics which are very close to the clients as well, so the clients feel very comfortable with the doctors.”

Starting from mid-2018, when the affordable DAA treatments became available to the Malaysian market, the number of people treated has grown rapidly. “Now, we have treated more than 10,000 patients,” said Dr Muhammad Radzi Abu Hassan, Malaysia’s national head of gastroenterology and hepatology. “Last year itself, despite the COVID-19 pandemic, we managed to treat 4,000 patients. This is incredible, with all the odds that we have.”

Cheaper treatment is also expected to encourage countries to do more testing for hepatitis, which the WHO wants to eliminate as a public health problem by reducing new infections by 90 percent and deaths by 65 percent by 2030.

“When treatment exists but is too expensive, countries usually would not do wide testing because if a person is tested positive. It is unethical not to provide the treatment, especially when it is one that cures,” Chee said. “Without affordable treatment, we end up not testing and in this vicious cycle. Hepatitis C continues to be a long-term silent killer.”

This month, Egypt, which has one of the highest incidences of hepatitis C in the world, also registered the drug and there are expectations that the combination therapy of ravidasvir plus sofosbuvir will secure approval in other countries in Southeast Asia and South America.

DNDi aims to replicate the competitive market created in Malaysia in other middle-income countries.

“We are discussing with a number of international agencies to see if we can use this idea of a value chain to create a coalition in the global south, a kind of a south-south value chain for the elimination of hepatitis C,” Piedagnel said.