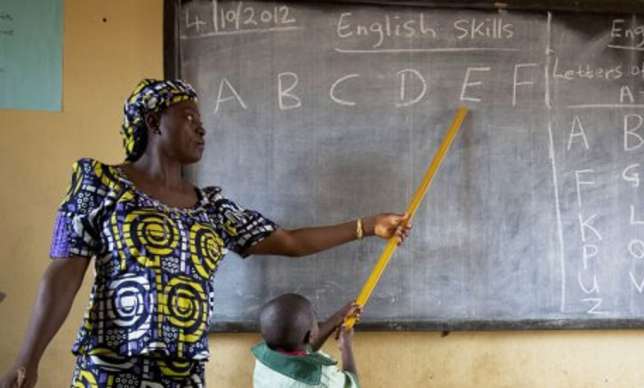 Mr Suru Avoseh, a member, Lagos State Civil Service Commission, says no fewer than 50, 000 applicants had applied for one thousand vacant teaching jobs announced by the state government in 2019.

Avoseh made this known during the New Year Party organised by the Badagry Women Development Forum on Sunday in Badagry.

The News Agency of Nigeria (NAN) reports that the Lagos State Government had on Nov. 11 announced the plans to employ one thousand teachers into the public secondary schools across the state.

Avoseh said some of the applicants that qualified for the job had been invited for the examination.

“After the examination, those that passed and meet up with the standard will be called for oral interviews.

“At present, some of the applicants who succeeded in the examination have started receiving text messages through their phone numbers.

“It is certain that not everybody that applied for the job will be employed, and not all that passed the examination will be given employment,” the commission member said.

He said that shortly Lagos State Universal Basic Education Board (SUBEB) and Civil Service Commission would soon start to employ people in the state.

“We will soon start employment too; every motion has been put in place and we have discussed it with the Head of Service.

“Currently, we have commenced staff auditing to know the number of vacancies to be filled up.

“It is after the auditing that the commission will be able to tell Gov. Babajide Sanwo-Olu the number of staff to be employed.

“So, we are making the preparation now,” Avoseh said.

He challenged women in Badagry to take over from the men in politics for the sake of development of the city.

Avoseh urged them to fight for their rightful place in politics, adding that they had every right to contest for any political post of their choice.

Olajide said that this would make the children to tell them things that happened outside their homes.

“Create time for your children so that when they are abused they will tell you.

“Stop putting them under an uncle or your nearby friend; this is dangerous because these area sisters can abuse them.

In her remarks, Mrs Joy Damilola, a Human Resource Consultant, said women should be warriors at her home-front.

“It does not mean to be physical; it should be a spiritual fight. Fight with prayer to save your home,” she said.

Commenting, Mrs Sewede Pot-Balogun, the Coordinator, Badagry Women Development Forum, said that the purpose of the forum was to fight for rightful position for women in the town.

Pot-Balogun said that the forum consisted of women from different professionals such as lawyers, doctors, engineers, bankers and teachers, among others.

She commended the members for standing firm and support since 2017 when it was formed. (NAN)