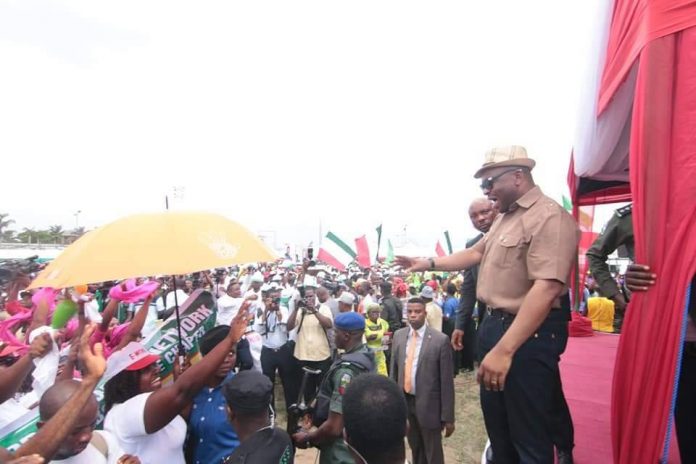 The Akwa Ibom state government has paid arrears of various entitlements to 4, 461 civil servants – both retired and serving – in the fourth quarter (Q4) of 2019, report has shown.

According to exclusive payment chart titled “Quarterly Report of Arrears Paid by Akwa Ibom State Government between September-December, 2019” made available by the Office of the Accountant General of the State,  the payment covered pension  and promotion arrears, salary short payment among other entitlements.

The report which is signed by the AG-Pastor Uwem Andrew Essien, stated that “this will help to clear the air on allegation of non-payment of arrears by State Government to her employees”.

It would be recalled that there have been attempts to push a misleading narrative that the state government has not paid various arrears owed civil servants. This report however puts a definite end these lies by presenting facts.

It was further gathered from a senior government official that the Office of the Accountant General, acting on the directive of the Governor, Udom Emmanuel, has been regularly paying arrears of pensions, gratuities and other entitlements to civil servants.

“The Office of the Accountant General has also been running paid newspaper advertorials detailing these payments, still, the opposition elements, motivated by hate and anger have been writing the false stories of lack of payment to the affected civil servants.

“One thing they have refused to understand is that Governor Udom Emmanuel is a compassionate, caring and humane leader who would do all he can to ensure that retired or serving civil servants get their entitlements to the best of the resources available”, our source disclosed.