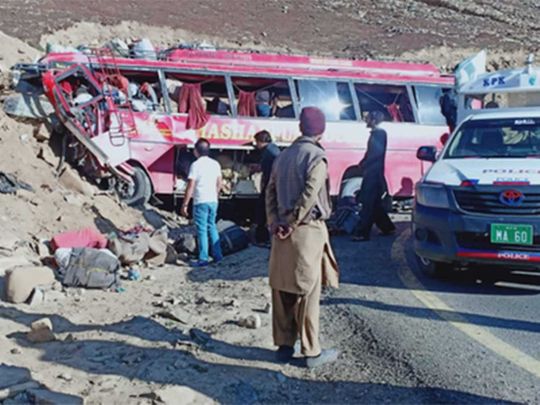 At least 21 people were killed when a passenger bus plunged into a river in Pakistan’s northern region bordering China, an official said on Monday.

The bus was travelling from the garrison city of Rawalpindi to Skardu, a famous tourist destination, with 25 people on board when the accident occurred in Gilgit-Baltistan region early in the morning.

The cause of the accident was not known yet.

Road accidents are common in Pakistan due to a lack of adequate infrastructure, poorly maintained vehicles and careless driving.

According to the Pakistan Bureau of Statistics, around 9,000 road accidents are reported every year, killing around 4,000 people.