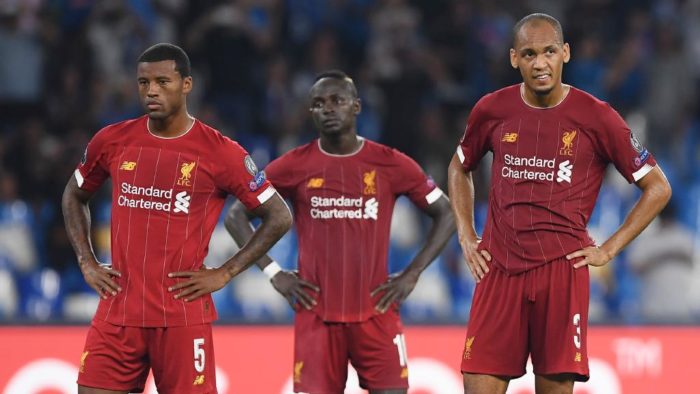 Liverpool began their Champions League title defence with a 2-0 defeat away to Napoli at the Stadio San Paolo on Tuesday.

Dries Mertens scored from the penalty spot with eight minutes remaining after Andy Robertson tripped Jose Callejon inside the box.

Napoli substitute Fernando Llorente added a second in stoppage time to put the result beyond doubt.

In the other Group E game, Salzburg made an impressive start with a 6-2 victory at home to Genk. (Reuters/NAN)