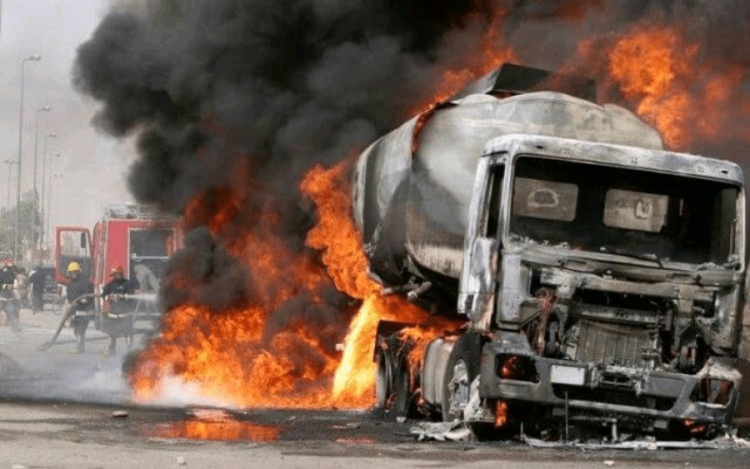 About 10 buildings were reportedly consumed by fire when a tanker laden with 45, 000 litres of Premium Motor Spirit crashed and spilled its content at Ifo area of Ogun state.

“Though, no life was lost or anyone sustained injury, but about 10 buildings were consumed in the incident.

“The situation was mitigated with most of the content spilling into the canal close to the scene.

“This saved the community from serious incident that could have affected more people,” Farinloye said.

The NEMA official, however, said the fire had been put out.