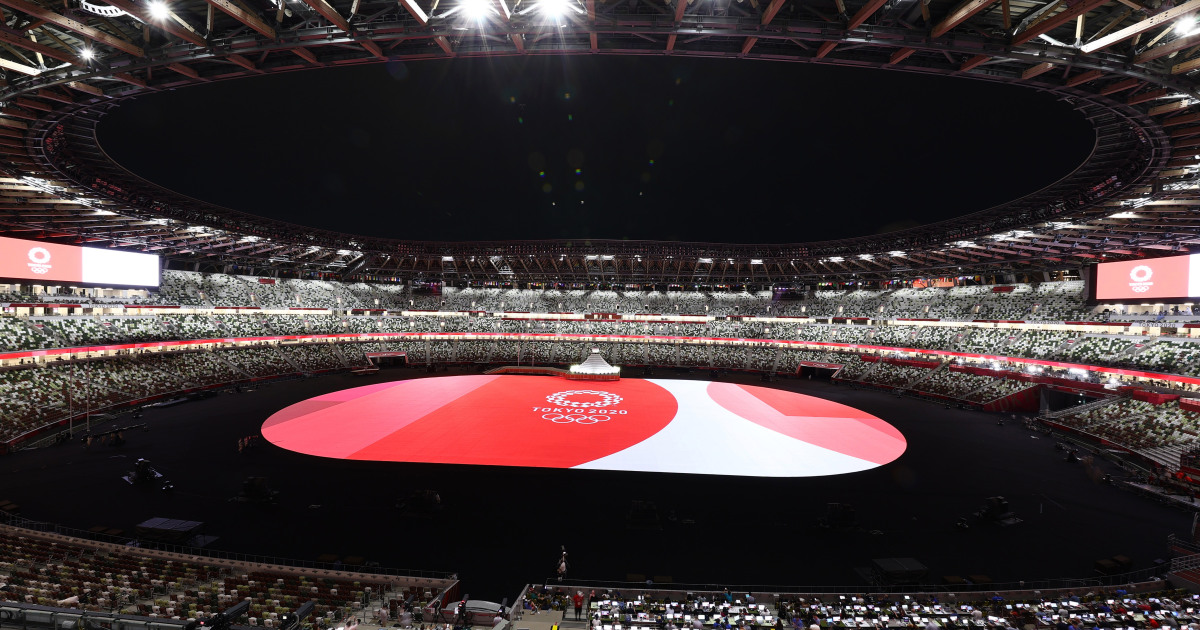 The opening ceremony marks the beginning of the Summer Games, delayed by a year and held under unprecedented restrictions.

The opening ceremony of the Summer Olympic Games has begun in Tokyo, officially kicking off the quadrennial international sporting event being held under the unprecedented circumstances of the coronavirus pandemic.

Japan’s Emperor Naruhito was among those attending Friday’s ceremony, which was initially scheduled to be held about a year earlier before its postponement due to surging COVID-19 infections across the world.

Only a few hundred dignitaries and special guests, including French President Emmanuel Macron and US First Lady Jill Biden, were allowed into the 68,000-capacity New National Stadium after games officials decided to largely bar spectators. International and domestic fans have been banned from all venues in Tokyo.

Top sponsors, including Toyota and Panasonic, also opted not to send their representatives to the opening event, with polls showing the Japanese public remaining largely against moving forward with the sprawling gathering in which about 11,000 athletes will contest 339 medal events across 50 disciplines in 33 sports over two weeks.

Days preceding the ceremony have been defined by positive tests among athletes, officials and their small teams of support staff amid fears the games could become a super-spreader event.

On Friday, the number of Olympic-related infections since July 1 stood at 106, dashing the hopes of some athletes who have trained for years to qualify and forcing some events to already dip into carefully tailored contingency plans designed to assure the competition can proceed.

Concerns of further infection were on full display on Friday, with some country’s teams, notably Brazil, opting to send only their flagbearers as representatives at the ceremony.

Nevertheless, hundreds of people began gathering outside the Olympic Stadium on Friday hoping for a glimpse of what is usually an opportunity for the hosting country to offer an elaborate spectacle highlighting their history and culture to audiences watching around the world.

Reporting from outside the event, Al Jazeera’s Andy Richardson said, “There’s a sense of almost disbelief hanging around this stadium.”

“There has been so much talk about this over the last 12 months – but here we are,” he said, adding that the planners of the event have said the programme will be “sombre and in sync with the sentiment of today, what this country and the world is going through with the pandemic.”

“The opening ceremony has always been a pretty integral part of the Games in showcasing the country’s national identity, but I don’t think many host cities have had to pull off quite such a balancing act to win over such a sceptical public,” he said.

Meanwhile, Japan’s Prime Minister Yoshihide Suga sought to frame the games as the beginning of a return to normalcy after a year and a half of global uncertainty as he urged the athletes “to fully demonstrate their abilities and show us their very best performances”.

“The sight of athletes aiming to be the very best in the world gives dreams and courage to young people and children and deeply moves them,” he said in a video posted on Twitter.

Still, questions over the wisdom of moving forward with the games were not the only cloud to loom over Friday’s event.

In a last-minute scandal, the opening ceremony’s director, Kentaro Kobayashi, was fired on Thursday over jokes he made in the 1990s about the Holocaust.

Officials said the dismissal would not affect the programme.