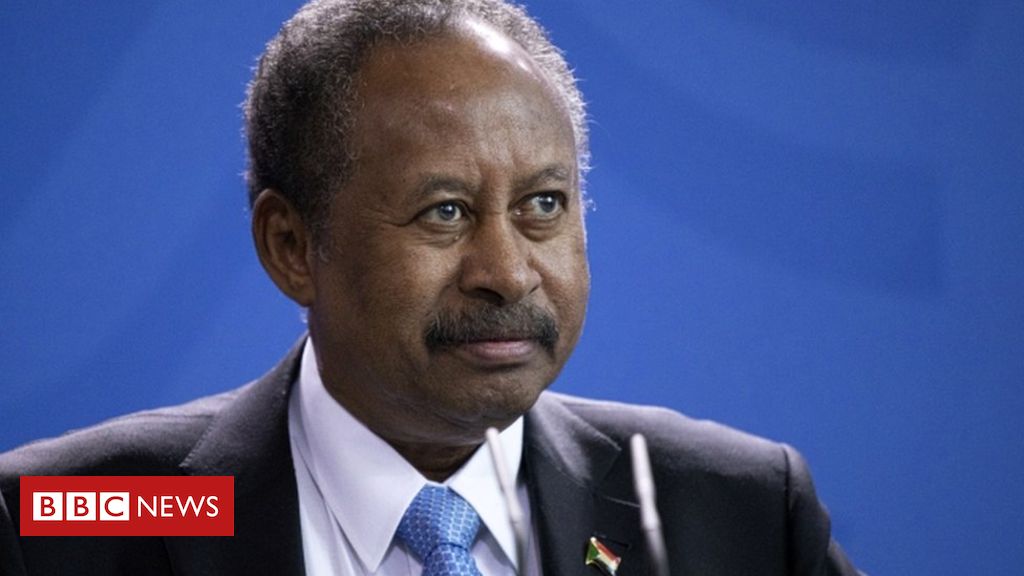 Sudan’s prime minister has survived an assassination attempt after his convoy was attacked in the capital, Khartoum.

“I would like to assure the people of Sudan that I am safe and in good shape,” Abdalla Hamdok has tweeted.

He said the attack only served as “an additional push to the wheel of change in Sudan”.

It is not yet clear who carried out the attack, but the political situation in Sudan remains precarious after last year’s political transition led to many once-powerful individuals, especially in the military, being sidelined.

What happened in the attack?

Pictures on state television show several damaged vehicles at the site of the blast.

Ali Bakhit, the director of the prime minister’s officer, said in a Facebook post that no-one was hurt in the attack, the AFP news agency reports.

Witnesses told the Reuters news agency that the attack happened near the north-eastern entrance to Kober bridge, which connects Khartoum North to the city centre, where the prime minister’s office is.

Information Minister Faisal Salih said investigations had begun to find out who was behind what he called a “terrorist attack”.

“Terrorist attempts and dismantling the old regime will be dealt with decisively,” Reuters quoted him as saying.

Mr Hamdok, a respected former UN economist, was appointed in August by Sudan’s Sovereign Council, which is made up of six civilians and five military officers.

The make-up of the council was the result of months of negotiations between the military and civilian protesters, who demanded that the army return to barracks after ousting Bashir in April 2019.

It is intended to lead a three-year transition to civilian rule.

According to Reuters, since the appointment of Mr Hamdok, his government has come up against resistance as it tries to implement economic reforms.

The prime minister said the attack on his motorcade would not stop the road of transition.

“We paid a hefty price for this revolution for a better tomorrow and for sustainable peace. Our revolution should always be guarded by its peacefulness,” he tweeted.

What has happened to Bashir?

The 76-year-old former leader was arrested after the coup and sentenced in December to two years for corruption in a social reform facility – as people over the age of 70 cannot serve jail terms in Sudan.

Last month the government said it would hand him over to the International Criminal Court (ICC) to face genocide and war crimes charges.

The commitment came at peace talks between the government and rebel groups from the Darfur region.

Bashir denies the accusations linked to the conflict that broke out in Darfur in 2003 and led to the deaths of 300,000 people.

It is not clear when he would be handed over, but it could upset his supporters, who have been angered at how he and his allies have been treated.

The BBC’s Ferdinand Omondi says the attack on the prime minister is a reminder of the volatile situation that still prevails in Sudan less than a year on from the coup.

There are concerns the transitional period could easily founder on the intransigence of the military or because of the faltering economy.

How the revolution unfolded:

Rape and the revolution: ‘They were crying and screaming’

‘The revolution is on the curriculum’