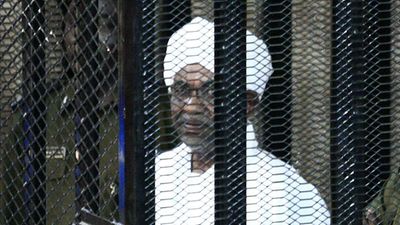 A Sudan court on Tuesday declined to release key suspects involved in the 1989 coup that brought to power president Omar al-Bashir, who was ousted in April 2019.

The court, a special tribunal chaired by Supreme Court judge Hussain al-Jack, sat through a session on Tuesday, hearing demands by the defence team to have the group accused of the June 1989 coup freed. The judge set November 30 this year as the date when the hearings will continue.

The defence team has been exploring technicalities in the case to seek early freedom for the suspects.

During the Tuesday hearing, they asked for ample time to interview the suspects, a move they argued will help provide sufficient information for the defence. They also protested the continued delays in the case, arguing that it has become victim of the country’s political chaos.

The hearing comes only a month after Sudan’s forcibly took power and dissolved the transitional government of Prime Minister Abdalla Hamdok. The case, however, had begun last year but was routinely postponed due to Covid-19 pandemic as well as lack of venue.

The defence team told the court that the suspects had been held for months without formal charge, something they said was outright unfair.

However, the court agreed to release one of the suspects on medical grounds after lawyers proved he was mentally ill.

The judges also declined to permit group visits for the accused, arguing that each suspect faces separate charges.

The lawyers will continue to meet suspects separately.

The case suspects include former president Omar al-Bashir, now in jail for corruption related charges, as well as various other senior military leaders at the time.

The case hearing began in July last year with the suspects accused of undermining the constitution, violating the Armed Forces Act and fomenting a coup in 1989 against Sadiq al-Mahdi, who had been elected Prime Minister. The ringleaders also include Bashir’s former vice presidents Ali Osman Taha and Bakri Hassan Saleh, four members of his cabinet and ten senior military officers. Each of them face a death penalty if found guilty.