Nigeria: Extreme Poverty in Nigeria, Others Up By 7%, Says Bill Gates 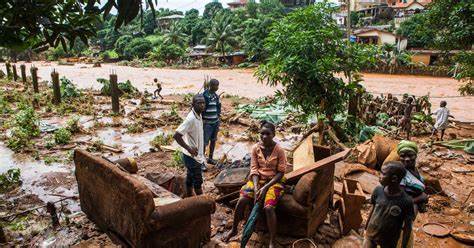 Following the devastation caused by the COVID-19 pandemic, extreme poverty in Nigeria and other countries have gone up by 7 percent, ending a 20-year streak of progress made globally, the co-Founder of Bill and Melinda Gates Foundation, Bill Gates, has said in the latest Goalkeepers Report released.

He said indices have shown that women are the hardest hit since many of them work overwhelmingly in the informal sector which now operates in inaccessible spaces with less government support.

According to Gates, the COVID-19 pandemic has pushed almost 37 million people below the N724 ($1.90)-a-day extreme poverty line, adding that the poverty line for lower-middle-income countries was N1,219 ($3.20) a day, and that 68 million people have fallen below that since last year.

He said: “Falling below the poverty line is a euphemism, though; what it means is to scratch and claw every single moment just to keep your family alive. These newly impoverished people are more likely to be women than men.

“One reason is that women in low-and middle-income countries work overwhelmingly in the informal sector, which tends to operate in now inaccessible spaces, like people’s homes and public markets, and provides less access to government support. In Africa, the earnings of informal workers declined more than 80 percent in the first month of the pandemic.

According to the 2020 Goalkeepers Report, many developing countries are doing especially impressive work on digital cash transfers that put money directly in people’s hands.

It said World Bank indices has shown that 131 countries have either implemented new programmes or expanded existing ones since February, reaching 1.1 billion people.