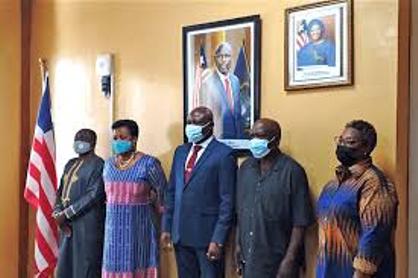 The Liberian government has requested authorities in the Arabian country of Oman to immediately halt issuing visas to Liberians seeking to travel to the country for domestic employment.

The request comes after a group of women already in the country posted graphic images of sexual abuse and other forms of mistreatment they said they were going through at the hands of their so-called masters.

In a virtual meeting, Liberia’s Labour Minister Charles Gibson differed with officials of Oman’s Global Affairs department who had described some of the reports by the Liberians as unsubstantiated media claims.

“We are not listening to media reports,” Mr Gibson said. “We are receiving WhatsApp messages, videos from those girls themselves, showing us graphically how they are being mistreated; some of them were even put into solitary confinement by their hosts.”

He said some of the women were being raped and others brutalised which “is very much unacceptable”.

An Omani government official has said the request to halt visas will be considered but insisted the Liberian government should not take everything in the media to be the truth.