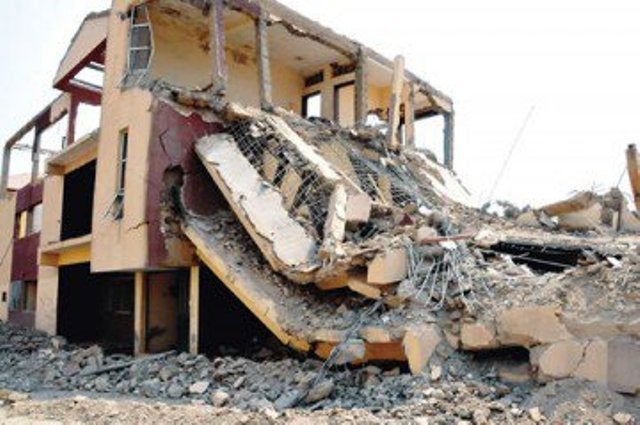 The Lagos State Government on Sunday said that it would begin an internal cleansing against breaches of physical planning laws to serve as deterrent to government officials who cut corners.

The Deputy Governor of the state, Dr Obafemi Hamzat, made the disclosure in an interview with the News Agency of Nigeria (NAN) in Lagos.

Hamzat said the state government would soon take decisive action against constructions on drainage paths and Right of Way (RoW) of other services as well as its personnel who allowed infractions.

“So, in terms of physical planning, the system needs to cleanse itself.  Very soon, you will see that we will make some examples. I don’t think I should say more than that until that happens,’’ he told NAN.

He explained that both government and private properties were removed in a recent demolition around Mile 2 and some other parts of the state because they contravened physical planning laws.

“When you go around the world, you can see the layout and that allows prosperity to happen, so we will do whatever we need to do.

“Even around  Victoria Island, Ikoyi and the rest, we are cleaning the whole place, moving people out where they are not supposed to be because we must have sanctity and it will go round the state so that we can maintain the physical master plan of the state.’’

Hamzat said the government had awarded contract for cleaning of drainage channels and had also carried out assessment of drains, ahead of the rainy season to avert flooding.

“We have awarded contract for clearing of all these silted drains. We went around the state and saw the level of siltation and that they need to desilt.

“It is important for us to move water in Lagos because we are below sea level and if we don’t, we will all suffer. So we will not allow some few people to disturb the architecture of our state.

“We have gone round and made observation. One of the things is to make sure that we get contractors to site quickly so that they can start desiltation.

“We are lucky in the sense that our drainage architecture in Lagos is very sound. It is all connected, so, we just need to make sure that water actually flows and that our citizens stop dropping garbage in the drains.’’

The deputy governor said that the state government was constructing groins to tackle the problem of ocean surge compounding flooding at the Lekki axis.

“The groin is to now allow the water to accumulate. When you build the groin, what happens is, as water hits it, it goes back but it drops sand.  So sand will accumulate and then you can recover all the sand.

“Of course, the groins have been built to a certain place, the essence is to take the construction further but it is very expensive to build a groin.’’

He said, however that government was constrained by huge financial implications of building the groins alongside other state needs.

Hamzat said that with the recent Abule Ado explosion, the outbreak of COVID-19 as well as other infrastructural challenges confronting the state, “groins construction cannot be sustainable’’.

Hamzat appealed to Lagos residents to care for each other by not clogging drains.

He said that any person, throwing  trash in a canal upstream should realise that he was causing flooding problem for those downstream.