How a cooperative union rescued the wine industry 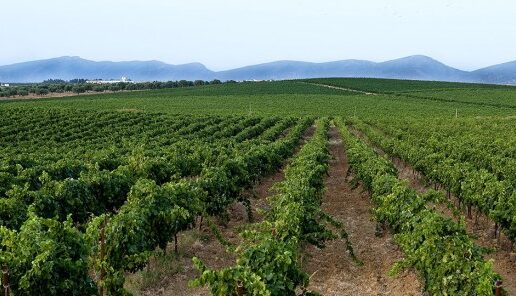 After Tunisia’s unsuccessful experiment with the semi-collectivisation of its agriculture industry in the 1960s, cooperatives are now experiencing a resurgence. The country’s wine industry, having adopted such a model more than 70 years ago, is a perfect case study.

Wines produced by the cooperative union Les Vignerons de Carthage, formerly known as the Union Centrale des Coopératives Viticoles of Tunisia, have won awards across the globe in countries such as France, Belgium, the UK, Canada and China. A well-coordinated association of cooperatives overseeing some 9,000ha of vineyards has made these accolades possible.

The heavily taxed domestic market – which accounts for approximately 80% of total sales – and fierce competition from global rivals are putting a damper on the industry’s growth expectations, however.

Having just 5ha on average, Tunisian winegrowers cannot make a good living if they operate independently. This is where the cooperative union comes in. Founded in 1948, it commits to buying members’ crops at a fair price and offers pre-financing for the purchase of grapes.

Les Vignerons de Carthage also provides its members with health insurance coverage and accounting assistance. When cooperatives work together in this way, individual members are able to access bank financing that would otherwise be unavailable to them.

In recent years, access to bank loans has made it possible for members to invest in new equipment, such as stainless steel vats, pneumatic wine presses and bottling lines.

In a departure from the way state-owned cooperatives were run in the 1960s, Les Vignerons de Carthage readily sells stakes in its wine estates to foreign investors. For instance, the German firm Langguth owns a minority stake in the cooperative union’s Magon estate, one of Tunisia’s major wine-growing properties.

Producing more than 100,000 hectolitres of wine annually and bringing in revenue of around D50m ($18m), the cooperative does not churn out as much wine as it used to before the Arab Spring revolution, but today, it prioritises quality over quantity.

The heavily taxed domestic market – which accounts for approximately 80% of total sales – and fierce competition from global rivals are putting a damper on the industry’s growth expectations, however.

Accordingly, the management is focused on offering high-quality wines, a strategy that includes establishing seven appellation d’origine contrôlée (French for controlled designation of origin) regions and selling on-trend products like sparkling wines. Les Vignerons de Carthage’s next challenge to tackle is to replace ageing vines – many of which date back to the colonial period – with new ones.