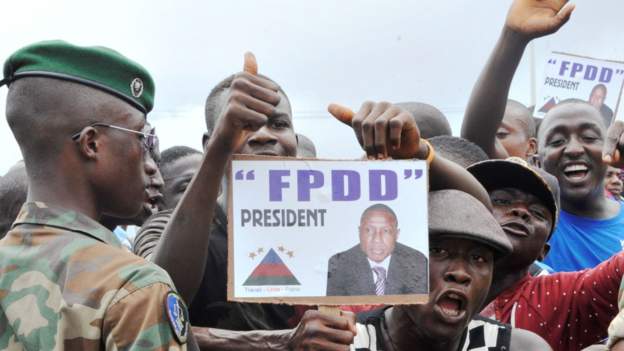 Lawyers for Guinea’s former president, Moussa Dadis Camara, say he has been sent to jail ahead of his trial for his alleged role in a stadium massacre 13 years ago.

His co-accused will also be detained until the end of the trial, which starts on Wednesday.

An international commission found that 156 people were killed and thousands injured during the opposition protest. More than 100 women were raped.

Witnesses said the security forces blocked the stadium and shot people or killed them with knives.