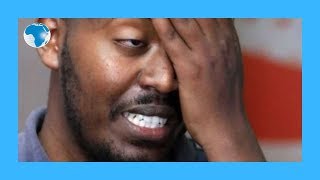 By IBRAHIM ORUKO
More by this Author

Transport Cabinet Secretary James Macharia yesterday clashed with Members of Parliament over the decision by Kenya Airways (KQ) to suspend an employee, Mr Gire Ali, for recording a video that exposed the arrival of a China Southern Airlines plane ferrying 239 passengers.

Members of joint Health Committees of the Senate and National Assembly took on the CS after he defended the national carrier over its decision to suspend Mr Ali.

The committee was of the view that Mr Ali’s act had saved the country from a possible coronavirus infection and exhorted the State to honour him instead.

But the CS would hear none of it, and dismissed the KQ employee as a criminal who should be locked up for breach of security at the Jomo Kenyatta International Airport (JKIA).

The MPs also demanded to know the circumstances under which the plane was allowed to fly into Kenya directly from China in the face of a raging coronavirus epidemic.

“He was not a whistle blower but a person who breached national security,” Mr Macharia said of Mr Ali when he appeared before the committee to brief Parliament on the country’s state of preparedness.

Mr Ali, an assistant security agent, told the court that the aircraft remained unattended for more than an hour and that the only people in the vicinity were Chinese media crew, who were taking pictures using their phones and recording everything.

Yesterday, The CS said Mr Ali was at fault as he had secretly filmed the arrival of the aircraft.

“JKIA is a security installation and no one is allowed to film it secretly,” he charged.

“This was a 737 Airbus that arrived in the country in broad daylight, at 7 am. Its arrival was not a secret because many passengers and workers saw it land and it would have been reported anyway,” he added.

“You can’t take a video at the airport. He is a criminal and the law should be applied as is required.”

His response infuriated MPs who accused the CS of double standards and pleaded with him to implore the national airline to have mercy on Mr Ali, who they insisted is a national hero for exposing the arrival of the flight.

“He is a criminal to you but to the nation he is a hero because what he did was in national interest. I urge you to reconsider your tough stance and pardon him. The government shouldn’t be hard on the boy,” said Nyamira Senator Okong’o Omogeni.

“You can’t accuse him of filming when we all saw that the Chinese nationals at the airport were also filming. Why haven’t they been arrested?” he asked the CS.

Chuka Igambang’ombe MP Patrick Munene said it was wrong for the government to have allowed the plane into the country.

“It was immoral and Mr Ali must have been scared … that is why he filmed. You should deal with him in a humane way,” he said.

The CS refused to delve into the circumstances under which the plane was allowed to land in Kenya, instead telling the committee that focus should be on enhancing measures towards ensuring proper controls and surveillance of the novel coronavirus.

Mr Macharia also assured the public that the government is taking the matter of Kenyans who are stuck in China seriously.

At least 100 Kenyans have been caught up in the lockdown in the Chinese city of Wuhan, the epicentre of the virus epidemic, with 91 of these being students.

“We are reviewing the return of the students on a daily basis and giving it serious consideration, even at the Cabinet level. The best decision will be taken at the right time,” Mr Macharia said yesterday.

“China is much safer than many countries because the situation is coming under control because of the stringent measures taken by the Chinese authorities. Other countries are worse,” he said.

“We may remove them and take them to a worse situation. I can assure you the government is taking the matter with utmost seriousness,” he said, noting that the publication of the Executive Order No 2 of 2020 was proof that the President was keen to ensure the country is ready to deal with the virus should the situation call for it.

As of Thursday, China has reported 3,012 deaths from the virus, with most of these occurring in Wuhan. The overall number of confirmed infections in the country is now at 80,409.