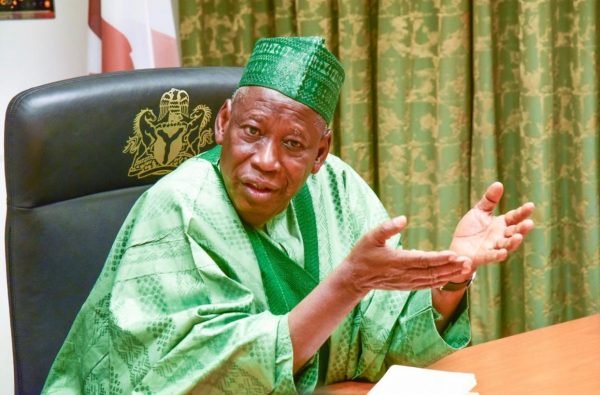 By Rabiu Sani
Fear has enveloped residents of Kano metropolis as more people continue to succumb to a strange illness that has hit some parts of the city.

The News Agency of Nigeria (NAN) reports that scores of people, including elites and prominent sons of the state, have been lost to the yet-to-be identified disease, with Dala, Fagge, Tarauni, Nasarawa, Gwale and Kano Municipal worst hit.

Among those already buried are academics, administrators, bankers, media practitioners and businessmen

A source told NAN that one of the victims of the illness, Alhaji Aminu Yahaya, a former Commissioner of Education, died on Saturday night.

“Aminu died last night. We have just buried him. He was diabetic and came down with a fever few hours before he passed on,” Alhaji Muhammad Yahaya, a brother to Aminu Yahaya, told NAN on Sunday.

NAN sources, however, indicated that the deaths were not connected to the dreaded Coronavirus (COVID-19) pandemic as none of the deceased had tested positive to the pandemic.

Dr Isa Abubakar, the Director, Centre for Infectious Diseases, Bayero University Kano (BUK), told NAN that the disease resulting to the surge in deaths was not related to Coronavirus.

According to him, none of the deceased was confirmed to have exhibited the symptoms of the pandemic.

Meanwhile, the Kano State Government says it has begun investigation into the cause of the recent surge in deaths recorded in Kano metropolis.

Dr Tijjani Husaini, the Executive Secretary, Kano State Primary Healthcare Board, told NAN that the investigation was to examine causes of the deaths and ascertain the number of victims in the metropolis.

Husaini said that the state government would brief members of the public on the outcome of the findings as soon as investigation was concluded.

A worried Gov. Abdullahi Ganduje has also admitted that the health situation in Kano is “getting tougher and tougher by the day”.

“Everything is becoming so serious now. But as the situation gets serious, we are surely on top of it. We require testing machines in Kano and want the Federal Government to bring them.

“It is when we have the machines that we will be able to tackle whatever threat that facing us.”

Ganduje said that all those that had tested positive to COVID-19 in the state were in stable condition, adding that none of them was critical to need ventilators.

“Their (patients) conditions are still manageable,” he declared.

He explained that due to the shut down of NCDC’s test centre, samples of suspected cases of COVID-19 are being transported to Abuja “despite the cumbersome processes and inconveniences in long distance traveling.

“The Federal Government should hasten their support programme in Kano with adequate testing centres and all the necessary kits to help contain the spread of the disease,” he said.

Ganduje, who commended Kano people for observing the total lockdown, said that the measure is the only remedy to stopping the movement of the pandemic.

“We are appealing to the Federal Government to support Kano the way it supported Lagos and Ogun; we are doing everything within our power to contain the pandemic.”

He explained that the isolation centre at Sani Abacha Stadium donated by Aliko Dangote Foundation, had a 210-bed capacity, while the other one is located at Kwanar-Dawaki where the Intensive Care Unit (ICU) is active.

Ganduje said that there are challenges of ventilators and other major facilities at Kwanar Dawaki Isolation centre, while the 100-bed Isolation Centre at Muhammadu Buhari Specialist Hospital was being activated.

But residents of the city have urged the state government to intensify awareness creation on the dangers of the dreaded COVID-19 and the need to comply with the stay-at-home order by government.

They also called for more sample collection centres and urged the Kano State government to demonstrate similar commitment to the war against the pandemic as its counterparts in Lagos, Ogun and Edo.

“My view is that the Kano State Government should do same. We should not wait for the Federal Government’s intervention before responding to the pandemic,” Mahmoud Ismail, a medical practitioner, told NAN.

He also decried the poor environmental sanitation and personal hygiene in the metropolis, urging government to step up efforts to rid the city of the dirt dotting all corners.

“Poor personal hygiene and indiscriminate dumping of waste in residential areas expose the people to health risks and infections. Government must be proactive,” he said.

Malam Isa Sharif, a health analyst, stressed the need for the state government to prioritise awareness creation to educate the people on the dangers and preventive measures of the pandemic.

Sharif said that such campaign was necessary to contain the spread of COVID-19 and protect the people.