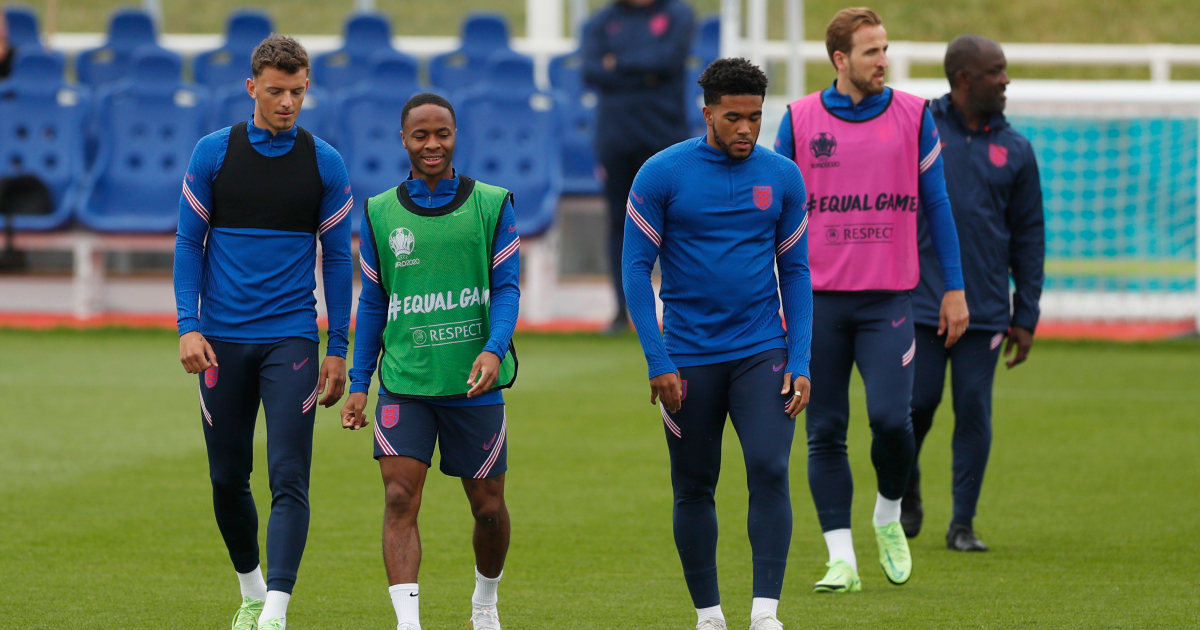 Hannah Kumari has been an English football fan since childhood, but she never wanted to fly an England flag. Until now.

Kumari is one of the millions of fans ecstatic that England’s men’s team has reached the final of a major tournament – Euro 2020 – for the first time since it won the 1966 World Cup.

But like many British people of colour, she has had an ambivalent relationship with symbols of Englishness.

Yet, embracing them has come more easily, thanks to the young, multiethnic squad that is on the cusp of triumph in the European Championship.

After beating Denmark 2-1 in a semi-final that was watched by half the country’s population, England face Italy in the final at London’s Wembley Stadium on Sunday.

“When I woke up this morning I thought, ‘I’m going to buy a St. George’s flag to hang out the window for Sunday,’” Kumari, who was born and raised in England to an Indian mother and Scottish father, said the day after the Denmark game.

British Muslim students from an Islamic seminary watching the #ENG game when @HKane scored. This is the #eng we are part from which some people lead us to believe isn’t possible, it is and the racists can do one. @Sathnam @mrjamesob you’ll appreciate it. pic.twitter.com/cKr4SJ0E5Y

The last few years have been hard on England and the rest of the UK.

Britain’s exit from the European Union – a decision driven in part by a backlash against immigration – left the country scratchy and divided.

More than 128,000 people have died in the UK during the coronavirus pandemic, the highest toll in Western Europe.

But the Euros have provided a much-needed jolt of excitement and fun. Millions weary of lockdowns and bad news are backing a team whose members speak out against racism, take a knee before games, support LGBTQ pride, campaign against poverty and, crucially, win games.

For decades, supporting England has been synonymous with dashed hopes.

The lyrics of the country’s most popular football anthem “Three Lions” – originally released in 1996 – evokes England’s 1966 triumph and the long drought that followed: “Thirty years of hurt, never stopped me dreaming.”

Those 30 years have become 55, but once again England are dreaming.

The country’s hopes rest on a team very different from the all-white squad of 1966.

A poster created by the Museum of Migration showed what the England team would look like without the players who had a parent or grandparent born abroad: just three of the 11 starting players remained.

Missing were stars including captain Harry Kane, whose father is Irish; Marcus Rashford, whose mother is from Saint Kitts; Jamaica-born Raheem Sterling; and Buyako Saka, a Londoner with Nigerian parents.

Seven of #England‘s starting XI against #Denmark in the #Euro2020 semi final have parents or grandparents born overseas. And if you trace the families of almost all the #ThreeLions squad back, you’ll find migration stories https://t.co/nJdHBrKaaP #FootballMovesPeople #ENGDEN pic.twitter.com/hiwDDJGsHi

The team is known less for wild off-the-pitch antics than for social responsibility, epitomised by 23-year-old Rashford’s campaign against child poverty, which convinced the government to restore free lunches for thousands of poor children.

The players may be young multimillionaires, but they celebrate their local as well as international roots.

Rashford’s childhood in a working-class Manchester community inspires his anti-poverty work; Kalvin Phillips is a proud son of the northern city of Leeds; Sterling calls himself the “boy from Brent” after the London borough where he grew up.

For some, their success is helping to make Englishness a source of pride rather than awkwardness.

“There has been an enormous intergenerational shift towards a civic and inclusive English identity that crosses ethnic and faith grounds,” said Sunder Katwala, director of the equality think-tank British Future.

“Most migrants to Britain haven’t identified as English, but interestingly, their children have.”

Katwala said sports teams and tournaments do not drive social change but “ratify that shift that has been happening in society”.

“When I was a teenager, we associated football with all of the negative aspects of English identity: violence, racism, hooliganism,” Katwala said.

He said the modern, multicultural England team is part of a “culture shift” that has “changed the public conversation about what is English”.

Not everyone thinks the national football team represents all that is best about England.

Some conservative commentators have derided the players as uncomfortably “woke”.

Team members have been booed by some fans while taking a knee against racism before games.

Home Secretary Priti Patel has criticised the kneeling, calling it “gesture politics” and declined to condemn the booing.

Victory has silenced much of the criticism, at least temporarily.

Politicians have jumped on the England bandwagon. Conservative Prime Minister Boris Johnson, who has often criticised protests over racism and Britain’s imperial past, attended Wednesday’s game, awkwardly wearing an England jersey over his dress shirt.

He is under pressure to declare a national holiday if England win the final on Sunday.

Some have compared Britain’s political leaders unfavourably to the national team’s understated manager, Gareth Southgate, who forged his young players into England’s most cohesive squad in many years.

“The British people will be asking themselves who they want to lead them. Do they want someone who works hard and has a relentless focus on embodying British values, or do they want the current prime minister?” Debbonaire said in the House of Commons.

Southgate addressed the team’s critics in an open letter at the start of the tournament, saying his players would not “stick to football” and keep quiet about social issues.

“I have a responsibility to the wider community to use my voice, and so do the players,” he wrote.

“It’s clear to me that we are heading for a much more tolerant and understanding society, and I know our lads will be a big part of that.”