Eskom, Hawks pass the buck on the vandalism and acts of power station sabotage at the power utility 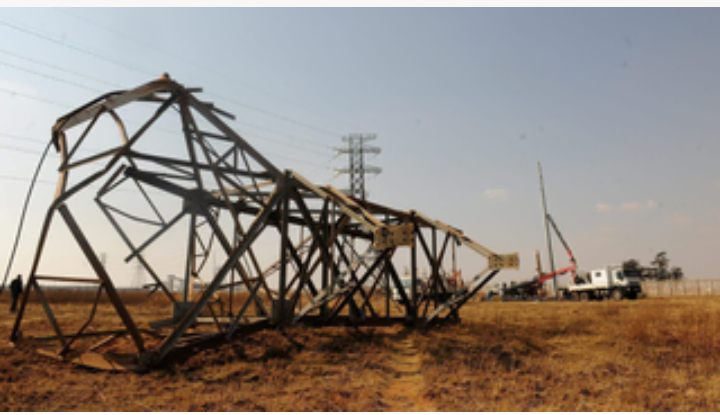 THE POSSIBILITY of further load shedding and the security of Eskom’s assets hang in the balance as the utility and the national intelligences service pass the buck on vandalism reported to the nation by chief executive Andre de Ruyter on Friday.

De Ruyter said power pylons were being cut down, coal laden trucks with fake authentications seals were discovered and acts of sabotage were evident in power stations.urn:uuid:7c2c334d-f690-cd86-3dfc-cd86f6907c2c

Hawks spokesperson Lieutenant-Colonel Philane Nkwalase told Business Report that there had been no urgent matter filed by Eskom to the elite crime investigating reporting division while De Ruyter on Friday told the media that Eskom was working in tandem with the Hawks to resolve urgent issues regarding vandalism on Eskom’s properties. “The last issue we have with Eskom dated back several years ago, we have no new matters,” Nkwalane said in response to inquiries.

De Ruyter said on Friday that power pylons at Thuthuka station had been cut down with either a hacksaw or an angle grinder in an effort to render the producing facility redundant.

Eskom has close to 14 000 megawatts of losses in the system, between the Camden, Matimba, Matla, Medupi and Thuthuka power stations, which had about 9 000 kilowatts of unplanned maintenance to undergo, while partial restorations accounted for close on 5 000 megawatts.

The power utility currently has the country under stage 1 load-shedding, escalated or de-escalated on the whims of the grid which Eskom admitted last week was under onslaught from criminal elements, including those who previously benefited from tenders, but aggrieved by the reversal to the State of assets and funds.

On Friday, De Ruyter presented evidence, ranging from internal sabotage, identified as transformers blowing up to extension cables being dropped on to cooling systems as well as forceful damage to power pylons at Lethabo power base as proof that criminal elements targeted the utility’s assets to render Eskom “in-operable”.

Eskom has since escalated security measures, including the use of drones and added boots on the ground over its 3 900km of networks, but would not articulate the measures to “not alert the mice to the presence of cats,” as Eskom spokesperson Sikonathi Mantshantsha said. De Ruyter said the Hawks had been roped in to help with the arrest of suspects linked to the criminal activities on the State-owned enterprises’ infrastructure.

Mantshantsha and head of Security Karen Pillay yesterday said there had not been anything untoward over the weekend and that it was all systems go.

In the table-tennis exchange, Pillay referred comment to Mantshantsha, but said that De Ruyter’s concerns shared with the media on Friday were about the blatant attacks on infrastructure.

On Thursdsay, De Ruyter told the media evidence of skimming quality had been obvious in a truck driver found with more than 60 seals, issued at source, for tarpaulins to be uncovered at delivery. He sounded concerned over the “coincidental” cutting of conveyor equipment to Lethabo which supplied lines from Gauteng had to be supplemented with power from Free State supplies to avert a crisis.