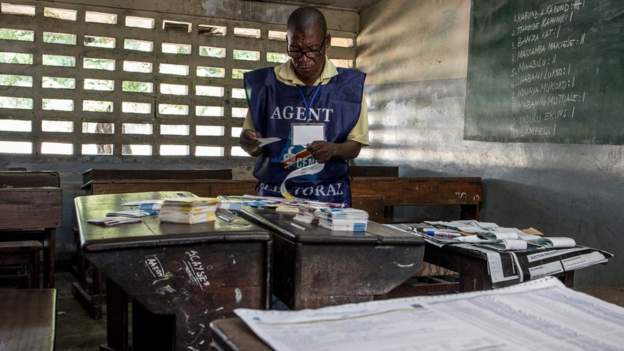 Presidential elections in the Democratic Republic of Congo will be held on 20 December next year, the electoral commission has announced.

Currently, insecurity is plaguing the east of the country with numerous rebel groups creating instability.

This week’s attempt to get the M23 group to agree to a ceasefire appear to have foundered.

The AFP news agency reports that the head of the electoral commission acknowledged that “persistent insecurity in some parts of the territory” would make holding a “free, democratic and transparent” vote challenging.

But the authorities are determined to stick to the timetable.

“It is not a question of negotiating with the constitutional deadlines, it is a question of us of respecting them and consolidating our democracy,” government spokesman Patrick Muyaya is quoted by the Reuters news agency as saying.

He estimated that the vote would cost about $600m, Reuters reports

Current President Félix Tshisekedi, who first came to power in January 2019, has already said he will run for a second term, according to AFP.

He took over from Joseph Kabila – the first time in DR Congo that power was transferred peacefully.