Could Tunisia be heading down the same route as Lebanon? 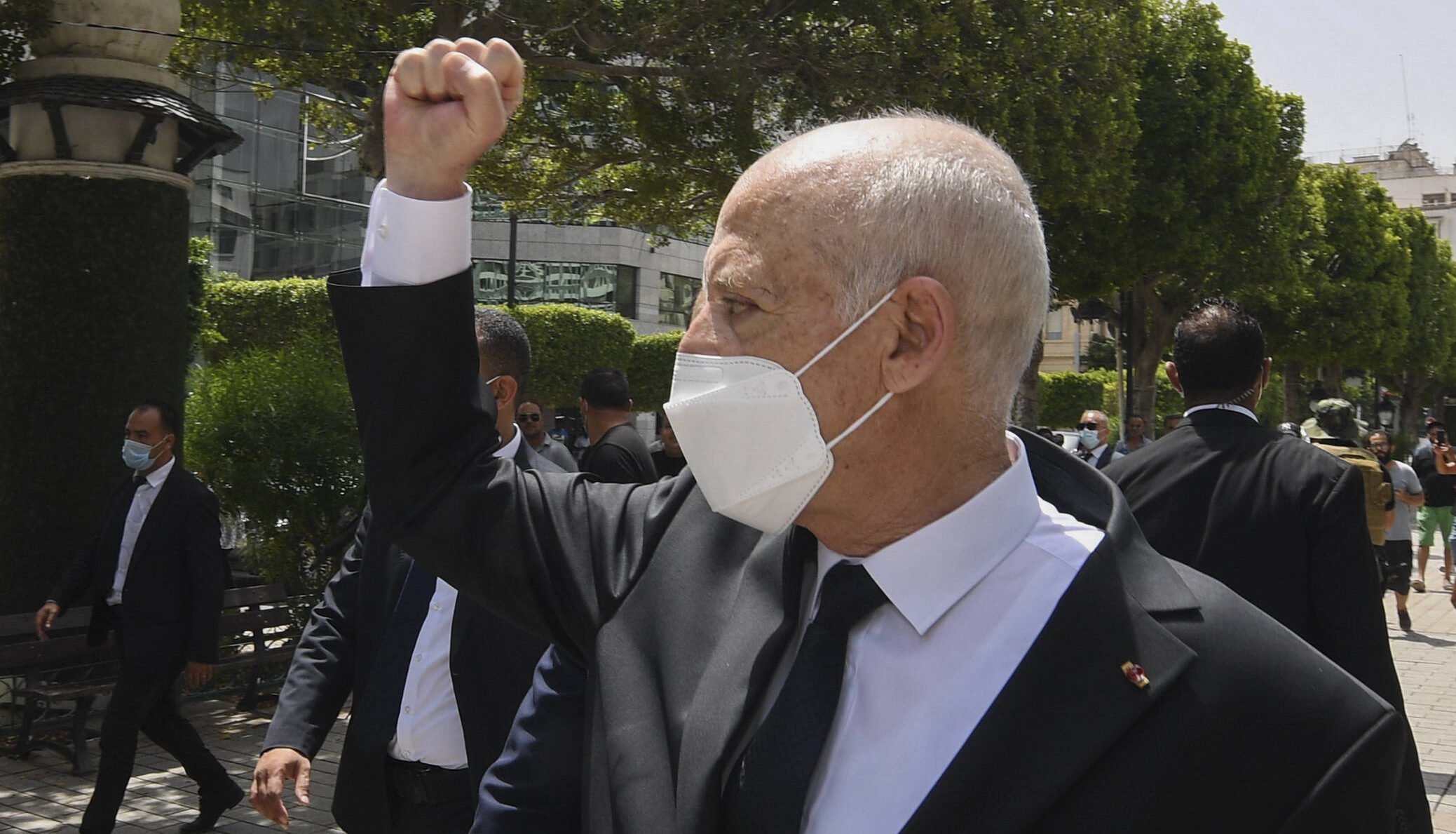 Both countries are struggling to navigate democracy in some form. Tunisia secured independence in 1957 under revolutionary (and Tunisian lawyer) Habib Bourguiba, who served as the first president of Tunisia until 1987 when he was overthrown by Zin El Abidine Ben Ale. Ali was toppled from government in 2011 during the Arab Spring and replaced by a representative democratic republic. Lebanon gained independence from France in 1943 and, through a mix of internal conflict and civil war, established a sectarian power-sharing democracy.

Democracy is loose term for both countries as the general focus is managing the diversity (or, in the words of critics, the sectarian nature) of the population and the politics.

Tunisia has had eight prime ministers in ten years since the toppling of Ben Ali, and Lebanon is betting on ex-Premier Najib Mikati to form a government after former Prime Minister Saad Hariri failed to do so most recently in the last year. Hariri was forced to resign as prime minister in 2019 after protests. Najib served as prime minister from 2011 to 2014 after Hariri’s first tenure.

The Tunisian story may be different from Lebanon with Saïed being elected two years ago as an admonishment to the political class. His popularity is partly built on the reality that he has no political experience. He won 73% of the vote in 2019 with significant support from young Tunisians who viewed the constitutional law professor as a principled (and incorruptible) revolutionary.

Yet his ban on public gatherings and raiding of media outlets has placed Saïed in a bind between upholding democracy and controlling the system. That is not exactly different from the Lebanon situation where each new prime minister is attempting to form a government as a demonstration of not just one individual’s ability but the country’s ability to sustain a democracy and control the system

Lebanon defaulted on its sovereign debt in 2020 and has yet to recover. The currency continues to plummet with the Lebanese pound now consistently above 20,000 to the dollar on the black market. The government is running out of hard currency and locals are struggling in the search for basic staples, such as bread, and other necessities, such as power and petrol.

The inability of Lebanese leaders to form a government has effectively blocked the country from receiving the $20+ billion aid being held up by the international community.

Tunisia has requested IMF financial support but faces a similar level of criticism and a growing credibility deficit like Lebanon. No one (or maybe a few) are saying the country is going the “Lebanon way”.

Although bond prices dropped after Saïed suspended parliament on 26 July, they are not priced like the Lebanese March 2020 bonds back in February 2020 when reports emerged that the Lebanese government was leaning towards a non-repayment of the debt.

Additionally, the yields have already recovered 200 basis points for some of the Tunisian debt – the January 2025 bonds, for example, have seen the yield drop low to 9% compared to 11+% on 27 July. Foreign reserves have declined slightly to $8.9bn at the end of June 2021 compared to about $9.8bn at the end of 2020.

None of these number suggest a Lebanon-style crash. Though the Lebanon crash was sudden and unexpected by many observers – or better said, the crash was imagined by some economists (with many economists ignoring signs of distress because Lebanon always “finds a way to survive” either through aid from neighbours or new sovereign debt.).

But again…there remains the question of whether Tunisia can become Lebanon. It faces similar financial issues with state-owned entities such as the national airline, Tunisair, and a few state banks. Plugging the gaps at those entities and addressing existing debt maturities will put stress on the system with reserves likely only to cover two years – this analysis of remaining life for foreign reserves, however, assumes an inability to refinance debt.

Refinancing existing debt only looks less likely today because the political situation is uncertain…but is it uncertain enough for other counties, such as the United States and France, to turn and walk away?

That sounds hard to believe.

Tunisia will likely also benefit from the regional rivalry that pits countries, such as Turkey and Qatar against Saudi Arabia and the UAE, provided one or two of those country is willing to provide aid. The country also received a $745m emergency assistance loan from the IMF in April 2020.

Neither Tunisians nor Lebanese view their countries as models for democracy. But recent reactions by other countries to Tunisia and a continued flow of funds into the country from the international community suggests that Tunisia is still on the right side with enough people (and countries). But then again, so was Lebanon until it was not.