Chief Justice resigns, how will his successor impact the presidential race? 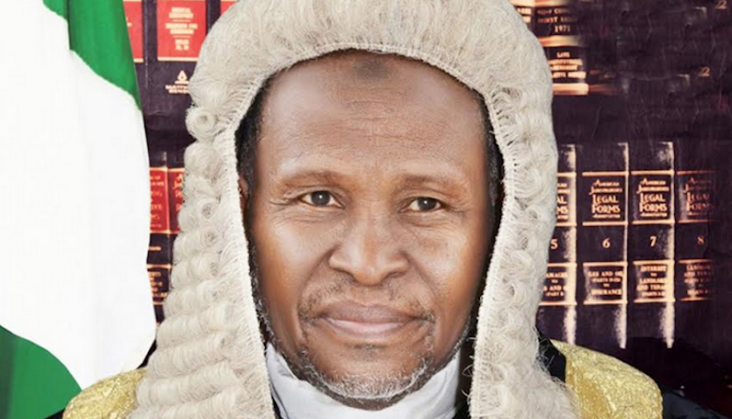 This resignation, 18 months before the end of his tenure, comes barely weeks after a complaint by 14 of Nigeria’s 16 Supreme Court justices. The complaint involved various issues, ranging from a lack of research assistants, inadequate accommodation, sub-par electricity supply, and a lack of internet access in their residences and chambers.

The Chief Justice had failed to gain the trust of his peers, sources say.

A Senior Advocate of Nigeria (SAN), who requested anonymity, tells The Africa Report: “His [Ibrahim Tanko Muhammad’s] assumption of office was clouded. The other justices were not happy with the circumstances by which he came in … the government needed a friendly face in the justice [system] so they wrongly forced out Justice Onnoghen.”

This leaked letter, the first of its kind in the 60 years of the Supreme Court of Nigeria’s existence, accused the ex-CJN of living lavishly with his “spouse, children and personal staff” while the other justices were not even granted assistants to travel with them on foreign trips. Muhammad’s response was that the court does not have adequate finances to provide more than what already exists.

Controversial from the start

Buhari’s 2019 appointment of Muhammad, after the suspension of his predecessor Justice Walter Onnoghen, caused a UN special rapporteur to accuse the country of violating human rights, with regards to independence of the judiciary and separation of powers. The country publicly disagreed, saying the context of the decision was misunderstood.

Judicial sources say the plan to force Chief Justice Muhammad to resign has been in the works for a while, and these complaints simply hastened the process.

The senior advocate says: “The petition precipitated the action; even the issue of health is a smokescreen, but it is a good one, and he was well-advised to follow that path.”

He says: “Where you smell the pre-planning is that by Monday morning, he was being decorated with national honours at Aso Rock [the presidential villa], so someone that is ill and retiring is fit enough to go and receive these honours immediately – this speaks volumes.”

Another senior advocate told the Daily Trust, a national newspaper, that Muhammad was forced to resign on two grounds – the letter written against him and “certain issues of financial impropriety”.

The Nigerian Bar Association (NBA) president, Olumide, Akpata says: “It is however impossible to consider his lordship’s retirement in isolation of the recent unprecedented developments at the Supreme Court where 14 justices of the court censured the outgone Chief Justice of Nigeria over his lordship’s handling of their welfare and related issues.”

The timing of the resignation suggests a reaction to the justices’ letter, as it is now evident that majority of his fellow justices did not support him.

The appointment of a new permanent Chief Justice will be highly scrutinised as he or she will be in charge of convening the election panels ahead of the much-anticipated 2023 elections.

It is unclear whether Buhari will make a decision, or leave it in the hands of his successor.

The resignation of this CJN, however, is unlikely to have any particular impact on the various Economic and Financial Crimes Commission (EFCC) cases affecting the presidential candidates (including Asiwaju Bola Ahmed Tinubbu of the ruling APC and Alhaji Atiku Abubakar of the opposition PDP). Cases generally take a long time to get to the Supreme Court and the elections are just eight months away.