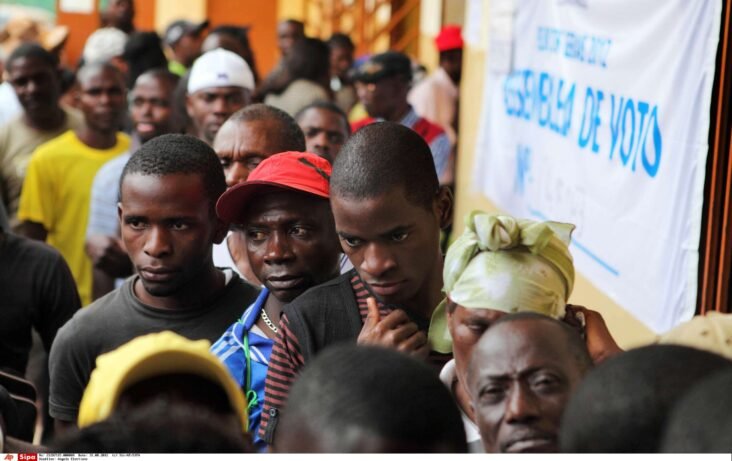 This has a negative impact on the quality of the country’s representative democracy. It prevents voters from voting differently for the president and members of parliament. And it reduces the ability of voters to hold elected representatives to account besides keeping them in office or voting them out every five years. Hence, the need for reform.

An alternative electoral system would have the following components:

How does the system work?

Angola uses a closed-list proportional representation electoral system. Voters cast ballots for lists of candidates drawn up by political parties. Parties are then allocated seats in the legislature in proportion to the share of votes that they receive at the polls. This electoral system is used widely elsewhere. Examples include South Africa and Portugal.

The specific variant used in Angola is outlined in the country’s current constitution. It was approved in 2010 to replace the interim constitution, which had been in effect since 1992.

The constitution states that the individual occupying the top position on the list of the political party or coalition of parties that receives the majority vote is appointed president. The individual next on the same list becomes the deputy president.

There are several advantages to the closed-list proportional representation system. One is its simplicity. The design of ballot papers allows even illiterate voters to make effective choices. It is also fair in that political parties get seats according to the proportion of votes that they receive at the polls. It also promotes inclusiveness. It ensures that political, gender, ethnic and other minorities are not excluded from the legislature.

But, as a political scientist and a student of Angolan politics, I am of the view that the current system undermines voters’ ability to elect political representatives effectively.

Firstly, fusing executive and legislative elections prevents voters from splitting their votes for the presidency and parliament. This forces them to choose a president and a deputy president from the party with the majority in the national assembly.

Secondly, the electoral system prevents voters from electing the president directly. Yet Angola has a presidential system of government with an all-powerful presidency that exercises executive powers without effective checks and balances.

Here Angola deviates from the norm. In countries that adopt presidential systems of government, the executive does not get its legitimacy from the legislature. That is why it is elected directly by the voters.

Thirdly, voters cast ballots for party lists rather than individual candidates. This arrangement privileges political parties rather than individuals in the political process. This means that once elected, representatives are not personally accountable to the electorate because they aren’t directly linked to any territorial constituency. Rather they are beholden to party leaders who hold the power to compile the party list. This results in a massive accountability deficit in the political system.

In addition, the use of party lists bars independent candidates from standing for political office unless they are included in a party list that has been cleared to run in the elections. But giving effect to this is extremely difficult. Realpolitik prevents parties from choosing independent candidates at the expense of party members in good standing.

There is also the practical use of the two-level constituency – provincial and national – instead of a single national constituency. The adoption of the 18 provincial constituencies, which goes back to 1992, is premised on the idea that all provinces need to be represented at the national assembly. But this does not make sense, as Angola is a unitary state, with a unicameral parliament.

Among Lusophone countries, which inherited this system from Portugal, Angola is the only country that introduced the national and provincial level constituency system.

A system that best serves democracy in one country might not work in another country. Hence, the best electoral system for a country must be informed by its particular history, social cleavages and political realities.

In the case of Angola, this means breaking with the past to end the persistence of adverse practices. These include the unchecked executive power, concentration of state resources in the hands of a small politically connected elite, widespread corruption, a culture of impunity in which those in authority get away without being punished, and a government that is not responsive to the needs of the population.

In my view, the best way to address these issues is to reform the current system. This would require a return to the direct election of the president by voters and the reinstatement of a constituency for the representation of Angolan communities abroad. This was stipulated in the Constitutional Law of the Republic of Angola, an interim document revoked in 2010.

In addition, the 18 provincial-level constituencies should be scrapped. There is no practical reason for their existence. A constituency element should be added to ensure the direct election of deputies and compensatory seats introduced for the representation of political parties in proportion to their share of the votes.

The resulting mixed electoral system would promote accountability through the direct election of representatives from constituencies. It would also ensure the proportional representation of political parties.