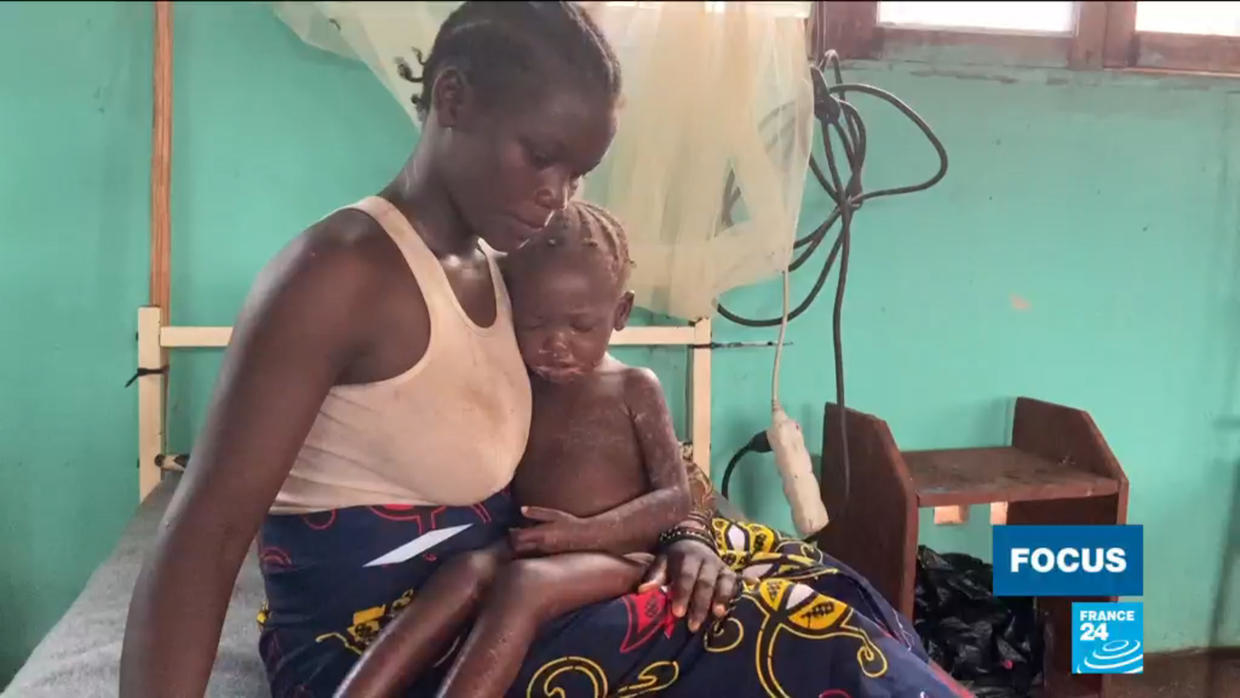 As DR Congo faces the onslaught of the Covid-19 pandemic, the country is already struggling to deal with the world’s worst measles outbreak. Since January 2019, the virus has claimed the lives of over 6,300 children and infected hundreds of thousands of others. Our correspondents Clément Bonnerot and Juliette Dubois report from the north of the country.

In the north of DR Congo, the Covid-19 pandemic is a distant concern. Another virus – measles – has been ravaging the country. Since January 1, 2019, more than 6,000 children have died from the disease and another 335,000 others have been infected, according to the latest World Health Organization (WHO) data.

Hospitals and health centres are struggling to cope. “We have shortages of everything, especially medicines,” Gédéon Mushadi, the chief medical officer in the northern town of Boso-Manzi, tells FRANCE 24. “The small amount of money that each health centre receives isn’t enough to cover the needs of the population.”

Lack of information about the disease and its symptoms is one of the main obstacles to eradicating the epidemic, while vaccines are challenging to distribute in the rural north of the country.

With the support of MSF (Doctors Without Borders) and the WHO, the Congolese government launched an emergency response plan against measles in January. The aim is to increase vaccination coverage in the country, which is estimated to be as low as 58 percent.