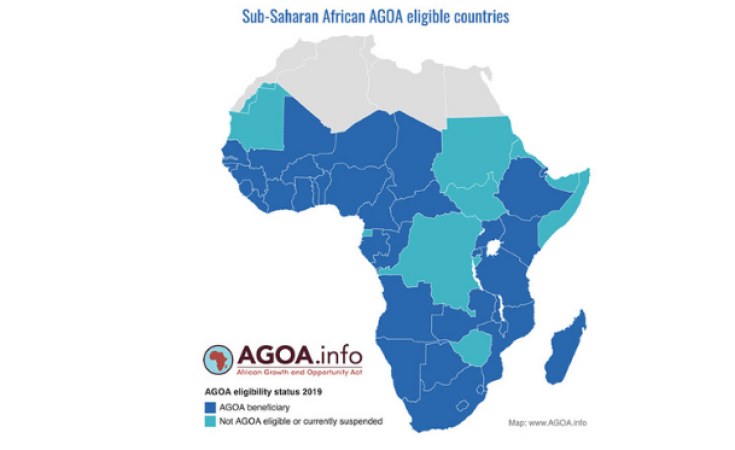 Washington, DC — The following letter was sent by the Agoa Action Coalition to the chairman of the U.S. House Ways and Means Subcommittee on Trade Earl Blumenauer (Democrat-Oregon), as well as the chairman of the full committee, Richard Neal (Democrat-Massachusetts) and ranking Committee member Kevin Brady (Republican-Texas), and ranking Trade Subcommittee member Vern Buchanan (Republican-Florida).

We write to convey our deep concern regarding proposed changes to the US Generalized System of Preferences program (GSP) which threaten to vitiate key provisions of the African Growth and Opportunity Act (Agoa), the genuinely bipartisan measure that for the past 20 years has been the cornerstone of US economic engagement with the nations of Africa.

If adopted when GSP is renewed, as it needs to be by the end of the year, these changes would cause gratuitous hardship in a region already reeling from the impact of COVID-19. They would, furthermore, severely damage our nation’s standing in the continent as a strategic development and trade partner and would hand global competitors, China in particular, a massive free win.

In the name of GSP “modernization”, lobbyists for US apparel importers want Congress to extend to all GSP beneficiary countries duty-free tariff treatment that have, heretofore, been designated for eligible Agoa countries and a few of our neighbors in the Western Hemisphere such as Haiti in order to boost garment sectors in critical need of preferential trade concessions.

From its inception, GSP has specifically excluded preferential treatment for textiles and apparel. This has given US policy makers a powerful tool to advance US goals and interests by granting exceptions designed to help selected trading partners to attract investment in their textile and clothing sectors in order to fight destabilizing poverty and grow as markets for US goods and services.

Successive administrations, working with Congress, have used these exceptions to bolster the economies not just of Africa through Agoa but also of our neighbors in the Western Hemisphere through free trade agreements and unilaterally-extended preferences including the Caribbean Basin Trade Partnership Act, the Dominican Republic-Central American Free Trade Agreement, and the Haiti HOPE/Help Act.

All these programs and agreements would be gutted by the so-called GSP “modernization” now being pushed by certain special interests. Put simply, preferences for all mean preferences for none.

If investors and margin-hungry sourcing managers see that GSP countries like Pakistan, Cambodia, Indonesia and the Philippines which already have a substantial share of the US clothing market at normal tariff rates are now to be eligible to access the US market duty-free, investment in and orders for African production will promptly be diverted to these countries. Even without duty-free treatment, each of these countries is already a supra-competitive apparel exporter. The biggest benefit resulting from GSP treatment for them would simply be a tax cut for the US apparel importers. For example, Indonesia apparel exports to the U.S. in 2019 totaled $4.9 billion[1] – triple the apparel exports of all 46 Sub-Saharan African countries combined valued at $1.4 billion[2]. African apparel is competitive only with the Agoa duty-free preference. If the same duty-free preference is extended to these super-competitive mega-producers, African apparel producers will be driven out of business.

The encouraging Agoa-stimulated trends we have seen in African supply capacity and exports to the US will be reversed, threatening to push millions back into poverty, the majority of them women, as the continent grapples with the human and economic toll of the novel coronavirus. And the damage will not be restricted to Africa. The pain will be felt by our hemispheric neighbors as well.

As members of the uniquely broad coalition that successfully championed Agoa and the historic paradigm shift it represented in US-Africa relations, we urgently request that any move that might extend Agoa’s apparel preferences to beneficiaries beyond those originally intended be strenuously resisted.