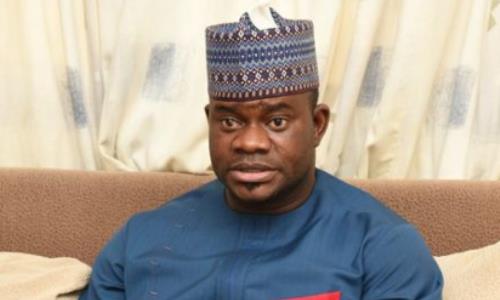 Kogi State Governor, Alhaji Yahaya Bello, has reiterated his determination to fish out those responsible for the attack on Tawari village and rid the state of crime, even as the number of deaths in the January 2nd attack has increased to 29.

The governor made this known in Lokoja when he received Tawari community leaders in his office on Thursday.

At the meeting were the Aguma of Bassa and Paramount ruler of Tawari, Alhaji Umar Yusuf; Youth Leader Gabriel Ndagazo; religious leaders and other community leaders.

Bello commended the peaceful disposition of the Tawari people in the face of provocation and urged them to remain calm.

He assured that his administration would leave no stone unturned to unravel those behind the ignoble acts against the communities.

The governor further directed the youth leader and the critical stakeholders of the communities to furnish his office within 24- 48 hours of the level of damage done to individuals for monetary compensation.

Earlier, Ndazago disclosed that although 24 deaths were immediately recorded in Tawari village, five other bodies were picked up from three other communities making the total deaths to rise to 29.

He appealed to the government to establish and strengthen the local vigilantes which according to him have the commitment and competence to deal with security infractions within their communities.

He lamented at the frequent killings and kidnapping of Tawari people even in their homes and on the farms with consequences of payment of humongous ransom and in some cases killing of the victims for failing to meet their demands adding that the 2nd January, 2020 attack was the climax of the gruesome murders of his people.

The traditional ruler of the community thanked the governor for his quick response to the crisis.

Deputy Governor Edward Onoja had paid an immediate visit to Tawari which the Governor also followed up with another visit to the Ohimege of Koto.