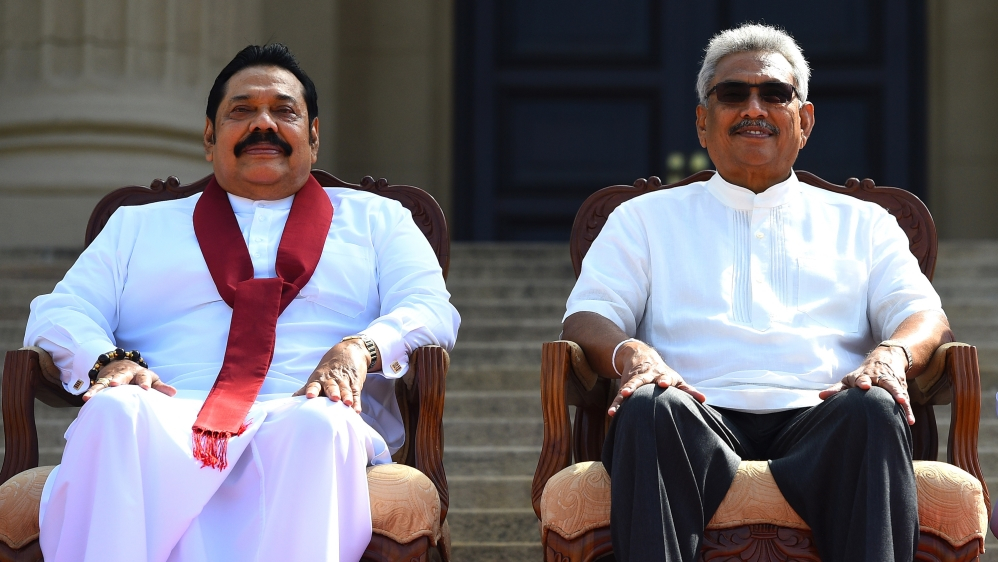 Sri Lankan President Gotabaya Rajapaksa has appointed his younger brother Basil Rajapaksa as finance minister, in a move that further tightened the family’s grip over the island nation.

Basil on Thursday was sworn in as a member of parliament and took over as minister of finance from Prime Minister Mahinda Rajapaksa, also his older brother.

Basil, who holds dual US-Sri Lankan citizenship, according to DPA news agency, takes control of the country’s important institutions, including the Treasury and Central Bank under his purview.

Mahinda was also given an additional role as minister of economic policies and plan implementation, according to the presidential media division.

In addition to the latest changes, another of Gotabaya’s brothers, Chamal, is minister of irrigation and a junior minister for defence.

Mahinda’s son, Namal, is minister for youth and sports.

Gotabaya and his older brother Mahinda won an overwhelming majority in parliamentary elections last year, giving the family the power to enact sweeping changes to the island nation’s constitution.

Mahinda was the country’s president from 2005 to 2015, holding the position in two successive terms and again took over a premier post after winning the 2020 vote.

Some members of the governing Sri Lanka Podujana Peramuna (People’s Party) predict that Basil will stand in the next presidential election.

On Thursday, the total confirmed COVID-19 infections in the country increased to 268,676 and the death toll was 3,351, according to health ministry data.