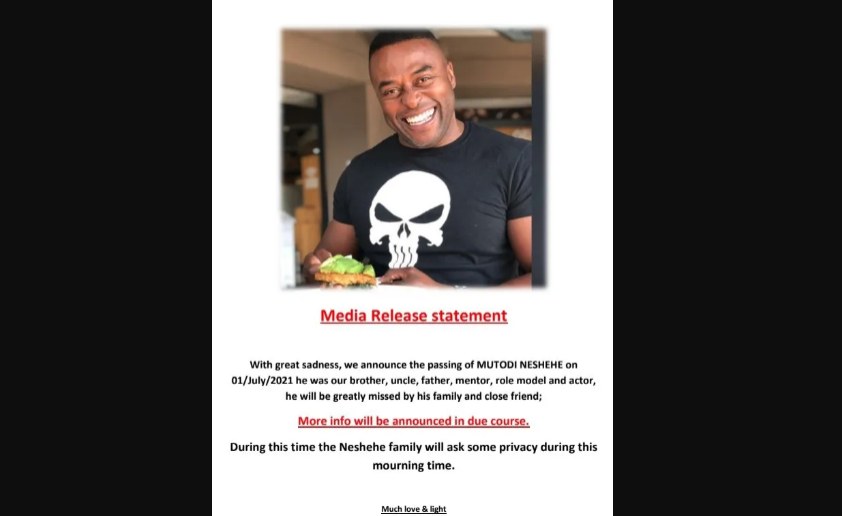 Nesheshe was well-known for his roles in popular soapies, such as  Muvhango , Jacobs Cross, Egoli, and  Generations.

The family has confirmed the news and released a statement.

“It is with great sadness we announce the passing of Mutodi Neshehe on July 1, 2021. He was our brother, uncle, father, mentor, role model, and actor.   He will be sorely missed by his family and close friends,” the statement read.

Details around his death are unknown at this time and his family has asked for privacy to mourn.

The news of his death comes on the backdrop of that of legendary South African musician Steven Kekana, sending shockwaves across the country’s performing arts scene.