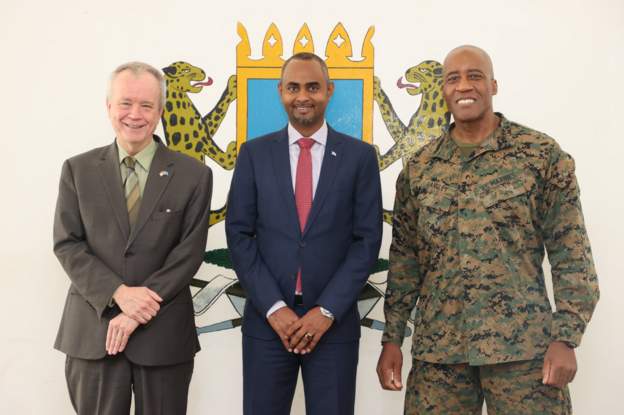 Somali Defence Minister Abdikadir Mohamed Nur and the visiting commander of the US Africa Command (Africom), General Michael Langley discussed the war on terrorism during a meeting on Monday.

The meeting, which was held at the US embassy in Mogadishu, was also attended by US envoy Larry Andre and the Somali prime minister’s security adviser.

Mr Nur said he and the Africom commander “shared our mutual commitment in enhancing the capacity and capabilities of the SNAF [Somali national armed forces] and fighting al-Shabab”.

“The FGS [federal government of Somali] is appreciative of the role of Africom in enhancing peace and security in the region,” he tweeted.

The new Somali government has vowed to step up the fight against al-Shabab, which has intensified its attacks across the country this year.