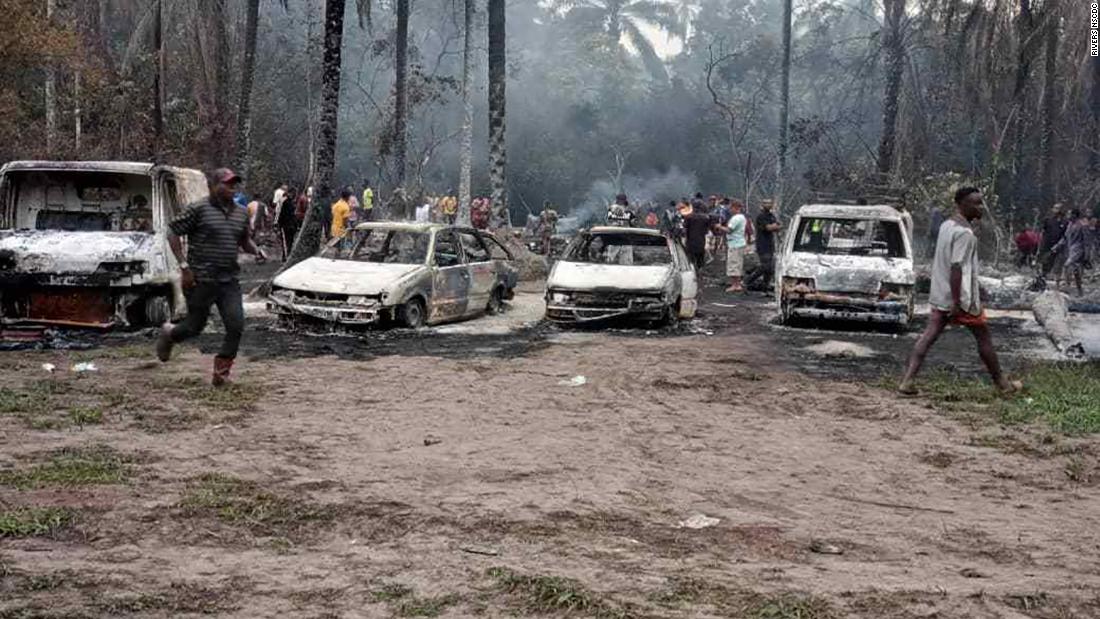 “The fire occurred in an illegal bunkering site situated at the boundary between Rivers State and Imo State,” the Nigeria Security and Civil Defense Corps (NSCDC) said in a statement sent to CNN on Sunday.

It said the fire had led “to the death of men, women and children in the hundreds,” adding that the remains of some victims “were burnt beyond recognition.”

According to local media reports, emergency response teams have counted 109 bodies, while others remain missing.
In October last year, 25 people, including children, were killed in a blast at an illegal refinery in Rivers State, one of Nigeria’s top oil producing areas.

Oil theft and artisanal refining of crude oil is a common practice in the country’s delta region. The practice involves boiling crude oil to extract fuel which contributes to the pollution in the region.

Government figures released last year and reported on by Nigerian media found that more than 400,000 barrels of crude oil are being lost to theft each day.