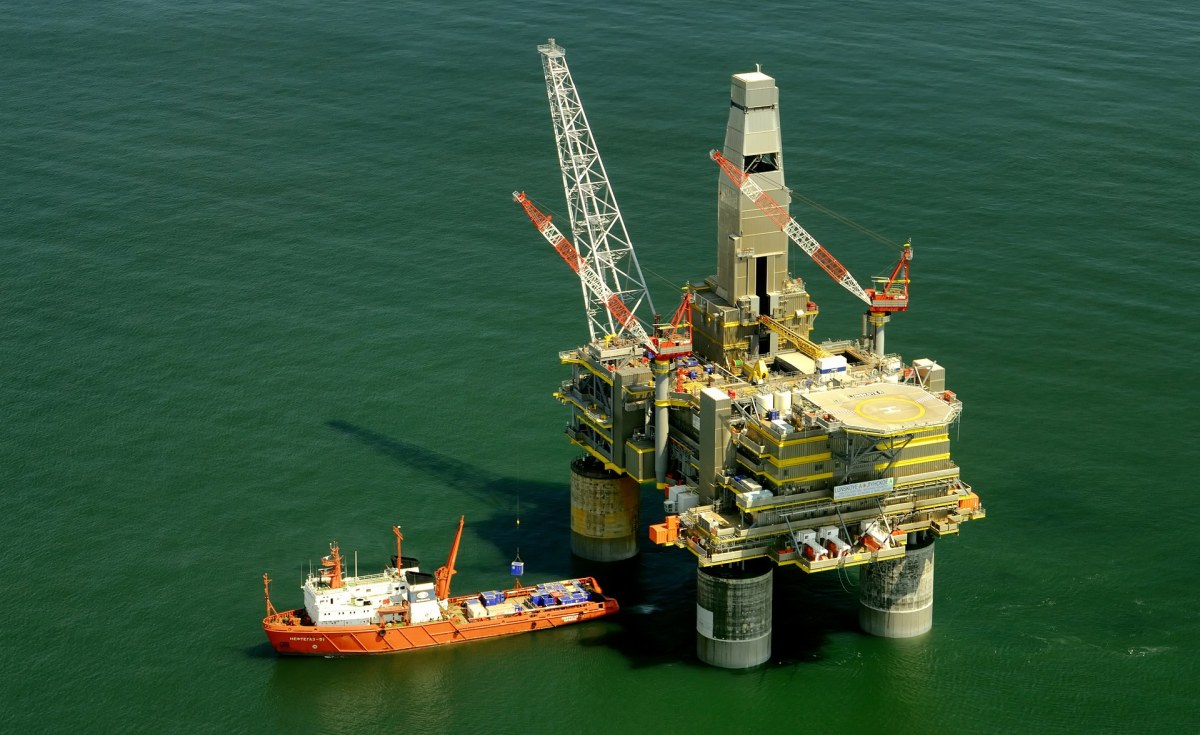 The senators were divided over funds for host communities.

The Senate has passed the Petroleum Industry Bill (PIB).

The bill was passed after the lawmakers considered the report of the Joint Committees on Petroleum (Upstream and Downstream) and Gas Resources on Thursday.

The passage of the bill as also a sequel to a closed door meeting with the Minister of State for Petroleum, Timipre Sylva and the Group Managing Director of the Nigerian National Petroleum Corporation (NNPC), Mele Kyari..

The duo appeared before the Senate to provide the lawmakers with technical details of the legislation as well as provide clarification where needed.

In the approved bill, the Senate approved a funding mechanism of 30 per cent of NNPC’s profit from oil and gas for frontier basins. This fund is for oil exploration in frontier states.

However, in the report seen by PREMIUM TIMES the states referred to as ‘frontier basins’ were not clearly stated.

The passage of the bill was preceded by disagreement and division among the lawmakers.

The lawmakers had started the clause-by-clause consideration of the bill when some lawmakers began to raise concerns in Clause 240.

The Clause prescribes the fund for host communities.

The bill had proposed 2.5 per cent Equity Share Holding for Host Communities while the committee recommended five per cent.

The Equity Share Holding for Host Communities was top among the demands of individuals and groups at the public hearing of the bill which held over five months ago.

While many opposed the proposed 2.5 per cent, Mr Sylva had said the amount was fair.

PREMIUM TIMES reported the key recommendations from Nigerians at the hearings of the Senate and House of Representatives.

When the lawmakers got to Clause 240, Katsina senator, Babba Kaita, proposed that the amount for the fund be reduced from five per cent as proposed by the committee to three per cent.

The Senate President, Ahmad Lawan, put the question for a voice vote and despite resounding nays, Mr Lawan passed in favour of the ayes.

This generated noise in the chamber as some senators, majorly the South-south senators, were uneasy with the ruling.

James Manager then called for another vote opposing the initial vote.

Akwa Ibom senaor, Albert Bassey, was next to rise.

He explained that the reason of the recommended five per cent fund for host communities is so it can be used to remedy unfortunate incidents that may affect the assets.

His comment was greeted by more chaos. And in the midst of the noise, River lawmaker, Goerge Sekibo, raised a Point of Order.

Mr Sekibo cited Order 73. This order challenges the ruling of the chairman (Mr Lawan). It requires that he put the question to vote a second time. And if his opinion is again challenged, he shall call each senators name to vote.

This time, the Senate Leader, Abdullahi Yahaya appealed to Mr Sekibo to withdraw the order.

“My heart bleeds. This Senate has come a long way. We have never treated ourselves this way. We are embarking on a very dangerous journey. We have had and cherished unity. This is a path to Armageddon. I appeal to my brother and friend tSenator Sekibo to withdraw the point of Order, ” Mr Yahaya said.

Mr Lawan, too, made the same appeal.

“What we have been educated by the GMD gives us better ideas. This three per cent. At least the Senate did not pass 2.5 we passed something slightly higher than that.

“I appeal to Sekibo to withdraw the point of order. We should not insist on dividing the Senate. It is our right,” Mr Lawan said.

Mr Sekibo withdrew his order but pleaded that the Senate increases the amount a little higher. But his appeal was ignored by the Senate President.

Amidst murmurings, the lawmakers continued the consideration and eventually passed the bill.

Major amendments to the bill

Chairman of the committee, Mohammed Sabo (Jigawa South West), who presented the report earlier, explained that the bill of five chapters, deals with creating efficient and effective governing institutions with clear and separate roles for the petroleum industry and promoting transparency and accountability in the administration of the petroleum resources of Nigeria, among others.

Some key amendments made by the committee include:

** Streamlining the regulatory and commercial role of the Nigerian National Petroleum Company Limited which the chapter seeks to establish.

He said the bill when passed, will strengthen the accountability and transparency of NNPC Limited as a full-fledged CAMA company under statutory oversight with better returns to its shareholders.

He said the committee recognised the need for the country to urgently and aggressively explore and develop the country’s Frontier Basins to take advantage of the foreseeable threats to the funding of fossil fuel projects across the world due to speedy shift from fossil fuel-to other alternative energy sources.

“To this end, the Committee recommends funding mechanism of 30 per cent of NNPC Limited’s profit oil and profit gas as in the production sharing, profit sharing, and risk service contracts to fund exploration of frontier basins.

“A total of 110 amendments were recommended to this Chapter while others were retained,” he said.

After extensive engagements with various stakeholders, he said, the panel recommended strengthening measures and saddled the host communities with responsibilities with a view to reducing or completely eradicating interferences and tampering in the country’s oil and gas production assets.

“Furthermore, to ensure adequate development of the host communities and reduction in the cost of production, the Joint Committee recommends five per cent of the actual annual operating expenditure of the preceding financial year in the upstream petroleum operations affecting the host communities for funding of the Host Communities Trust Fund.”

For the petroleum industry’s fiscal framework, he said the legislation when passed into law, will attract and unlock the long-awaited capital investment inflows to the country’s oil and gas industry since it contains enhanced incentives in land, swamp, shallow and deep waters terrains.

Schedules of the bill

The first schedule generally asserts the Minister’s right of pre-emption in line with various circumstances in the industry.

The second schedule defines and enhances the principle of negotiating Incorporated Joint Ventures (IJVs) in line with the provisions of the bill.

The third schedule defines the domestic base price and pricing framework of gas under a free market structure of willing buyer and willing seller.

The fourth schedule provides the formula for gas price and other gas-based industries with the possibility of creating flexibility with respect to the pricing structures where market conditions change.

The fifth schedule explains the capital allowances as it relates to the use and disposal of oil and gas assets.

The seventh schedule explains the main fiscal framework of the bill which covers petroleum fees, rents and royalties across the various production terrains as well as its related penalties for non-payment.

While the eight schedule deals with creation of the Ministry of Petroleum Incorporated to legalize the shareholding of NNPC Limited with provisions required for the creation of same.

Prior to drama, the Deputy Senate President, Ovie Omo-Agege, had commended the panel for amendments made to the initial proposals in the bill but said that people of Niger Delta “want a deal.”

He had even praised the leadership of the National Assembly for increasing the Equity Share Holding from 2.5 per cent to five per cent. He asked that it be increased a little higher.

“I know we cannot get the entire 10 per cent but I will still make a case that we go a bit higher. This is the agitation at home.”

On penalties for gas flaring, he said funds gotten as penalties from gas flaring should be invested in development for host communities and not gas infrastructure as proposed.

“We don’t want it invested in mid-stream gas. This is a penalty. Gas glaring is harming people. We want the penalty to be used for remediation investment and development in the communities.

After the bill was passed, Mr Lawan commended everyone involved in the legislative work describing the act as a milestone.