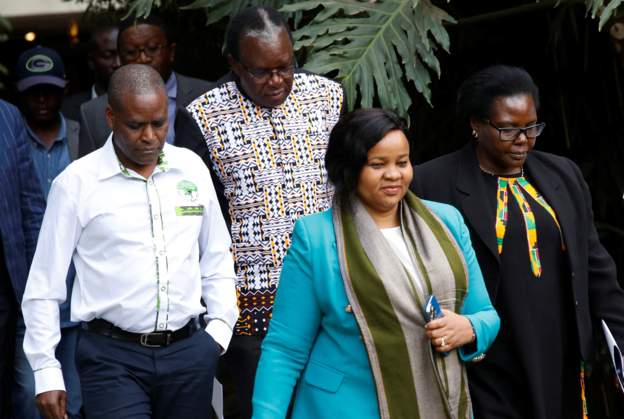 Kenyan MPs are hearing a petition seeking the removal of four electoral commissioners who refused to endorse the results of the last presidential election.

William Ruto was declared the winner after narrowly beating his rival, Raila Odinga, taking 50.5% of the vote.

But four commissioners, led by the vice-chairperson, said the result was erroneously aggregated.

The petitioners, who include three individuals and the Republican Party, accuse the commissioners of a serious violation of the law, gross misconduct and incompetence.

Opposition leader Raila Odinga and other key leaders of his defeated Azimio coalition are attending the hearing by parliament’s justice and legal affairs committee.

The committee will present its final report to parliament, which, if approved, will be forwarded to the president who will form a tribunal to oversee the removal of the commissi