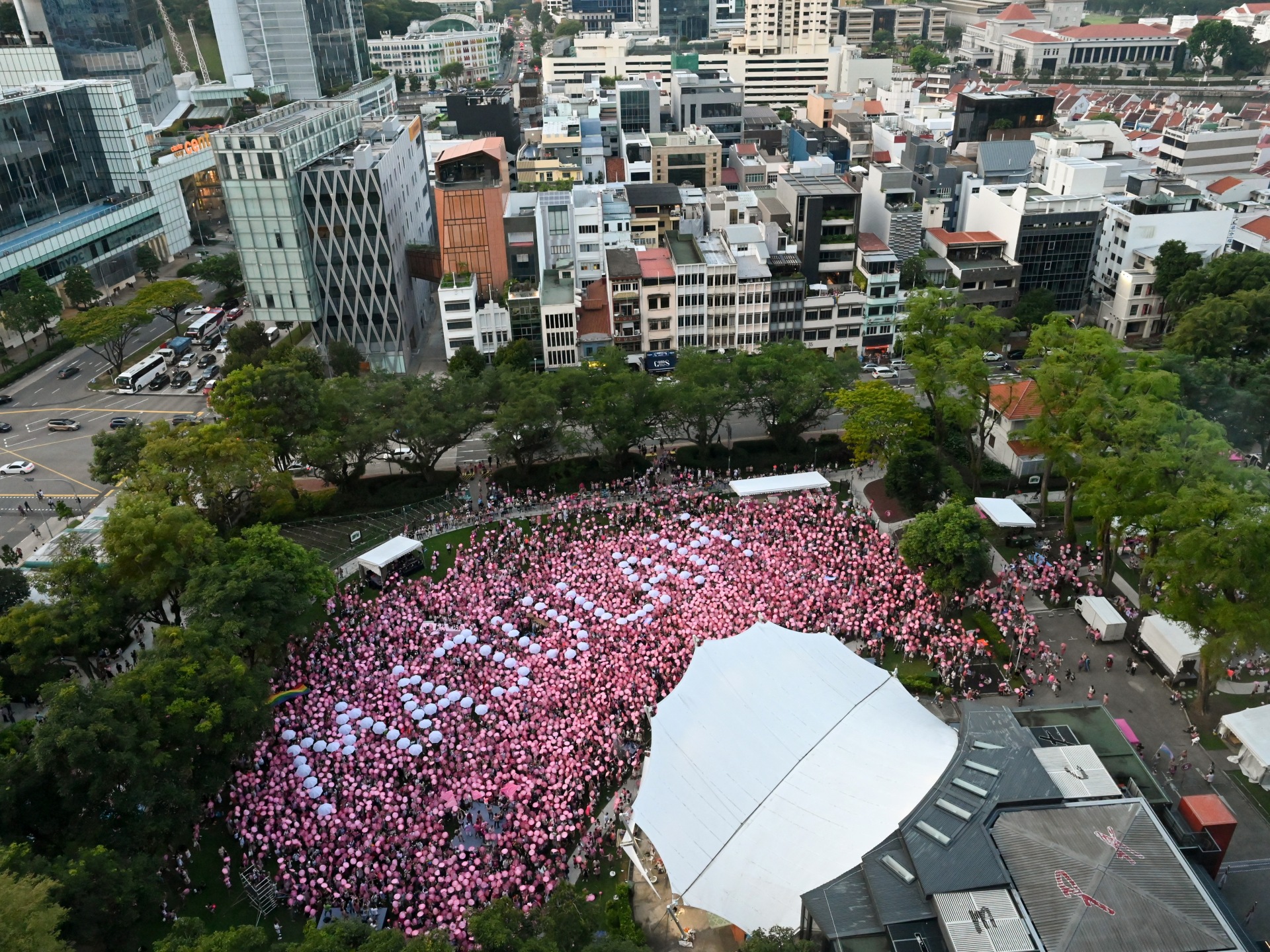 Singapore’s LGBTQ community worries a government move to “safeguard” the institution of marriage could perpetuate discrimination in the conservative city-state, even as a colonial-era law criminalising sex between men is finally repealed.

At the same time as Singaporean Prime Minister Lee Hsien Loong announced the clause in the penal code known as Section 377A would be repealed, he reiterated that the institution of marriage would remain between a man and a woman.

“Even as we repeal s377A, we will uphold and safeguard the institution of marriage,” Lee said in a speech last month to mark the country’s National Day. “Under the law, only marriages between one man and one woman are recognised in Singapore.”

The continuation of a heterosexual definition of marriage is likely to leave gay Singaporeans in long-term relationships unable to access social benefits such as public housing, which are available primarily to couples who are married.

“Many national policies rely on this [heterosexual] definition of marriage – including public housing, education, adoption rules, advertising standards, film classification,” Lee said in his speech. “The government has no intention of changing the definition of marriage, nor these policies.”

Many worry that will also allow discriminatory attitudes long fostered by 377A to continue.

“The way the conversation is being framed pits us against the family when the reality is we are your kith and kin,” Clement Tan from the advocacy group Pink Dot, which organises an annual gathering similar to Pride, told Al Jazeera.

Johnson Ong, a DJ and co-founder of a digital creative agency who in 2018 mounted an unsuccessful legal challenge to 377A, agrees.

“We need to address the fallacy if you are LGBT you are not pro-family,” he told Al Jazeera.

Singapore has long sought to limit representation of the LGBTQ community in public life, and films, television shows, books and commercials seen as “promoting homosexuality” risk a ban.

Pink Dot, which has drawn thousands and become increasingly popular in recent years, also takes place under restrictions. Only Singaporeans and permanent residents are allowed to attend the event, while foreign companies are banned from sponsoring it.

Ong told Al Jazeera he experienced “a sense of relief” when Lee finally announced the end of 377A, even though the law has not been actively enforced for some time.

“It took a while for me to wrap my head around it and actually believe they were actually going to repeal that law,” he said.

“I feel like it’s a sense of relief that it’s finally happened.”

377A was introduced in 1938 when Singapore was a British colony. Along with the criminalisation of consenting sex between men, advocates argued that the law stoked homophobia within society and led to the denial of rights for same-sex couples.

“I believe this is the right thing to do, and something that most Singaporeans will now accept,” said the prime minister whose nephew came out as gay in 2018 and married the following year in South Africa.

“This will bring the law into line with current social mores, and I hope, provide some relief to gay Singaporeans.”

The government has since stressed that there will be no attempt to entrench a definition of marriage into the constitution.

Minister for Culture, Community and Youth Edwin Tong told the local Singaporean newspaper The Straits Times that the amendment would be made only to ensure the protection of marriage as between a man and a woman.

Tong told the paper that the government was concerned that “hard-coding” marriage into the country’s foundational document risked prompting “those who disagree with this position to campaign to mobilise, agitate, perhaps with even greater intensity”.

Human Rights lawyer and ‘Ready to Repeal’ advocate Johannes Hardy found some hope in that “slight distinction” in words.

“If they had of amended the Constitution to define marriage between one man and one woman chiefly that would bind the hands of future parliaments who may want to legalise same-sex marriage.

“So, a future parliament could very well – in reaction to a changing public opinion – decide to revise the definition of marriage and they wouldn’t have any obstacles in the constitution to doing that.”

A constitutional amendment needs the support of two-thirds of the country’s members of parliament, and is likely to pass given Lee’s People’s Action Party has 83 of the 93 seats.

For many gay people in the city-state of nearly six million, it will take some time to overcome the effect of 377A.

“Many [LGBTQ] people have struggled with mental health,” he said.

The law’s repeal is a sign that attitudes can, and do, change, and Ong is hopeful that with 377A gone, Singaporeans will become more accepting of the LGBTQ community — even as marriage remains the preserve of heterosexuals.

“[We want to] re-establish our connections with our families again. Now that the law is off the books maybe they could start thinking a different way about the LGBT community,” he told Al Jazeera.

“This is just the first step in a long, long process of healing and reconnecting.”