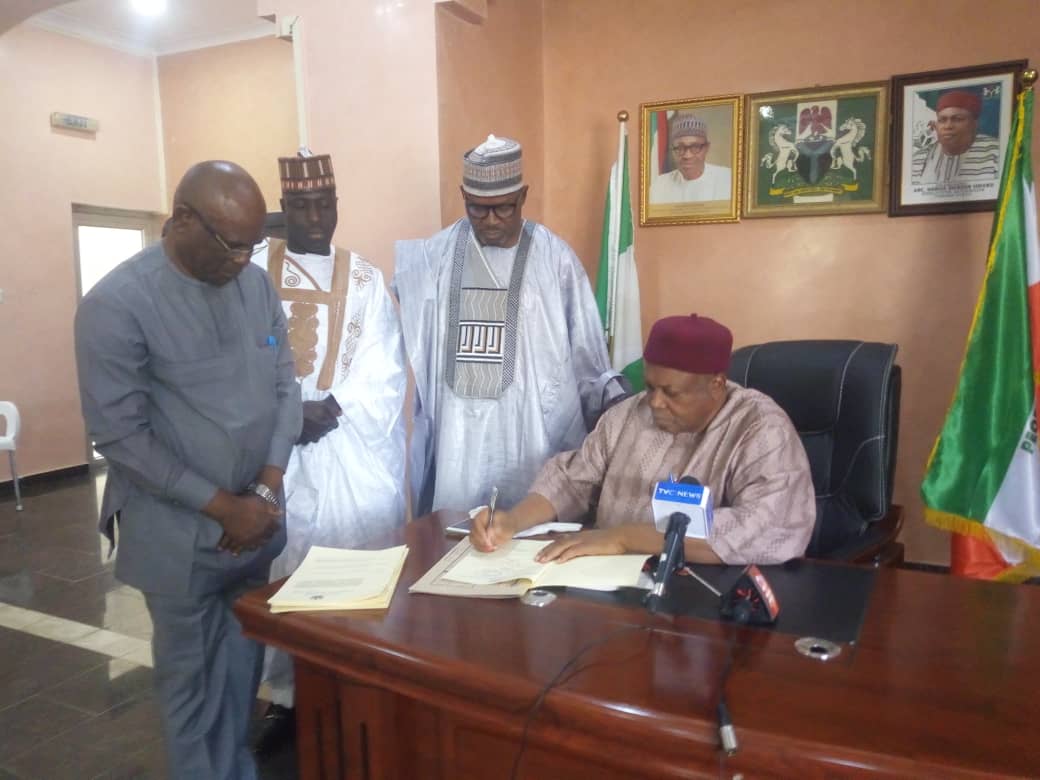 Ishaku said that the budget represented an increase of N2.1billion over the N213.6 billion presented to the state House of Assembly on Dec. 19, 2019.

He, therefore, expressed gratitude to the lawmakers for the accelerated hearing given the budget, leading to its timely passage.

He also assured the lawmakers of the cooperation of the executive in moving the state forward.

According to him, leadership is measured by the strides made on behalf of the people, so I appeal to us to do more than we have been doing for our people.

“There are many things I packaged into the budget, especially contracts, so that we can continue to have funds to develop the state to an enviable height.

“In the past, many people criticised me for some projects I initiated, but I thank God that today they are becoming superfluous with gratitude. Together, we will continue working for a better Taraba,” he said.

Earlier, Speaker of the house, Dr Joseph Kunini, said that the Christmas and New Year celebrations did not deter the lawmakers from carrying out their responsibilities.

Kunini said that the lawmakers painstakingly scrutinised the budget and approved same for the governor to kick start the accelerated development of the state.

“The unprecedented support and cooperation received from the governor and others is largely responsible for the timely legislative action on the bill.

“The support of the governor is a clear manifestation of the cordial and harmonious relationship between all the arms of government in the state,” he said.

He appreciated his colleagues for assiduously carrying out their Constitutional responsibilities in the overall interest of the state. (NAN)