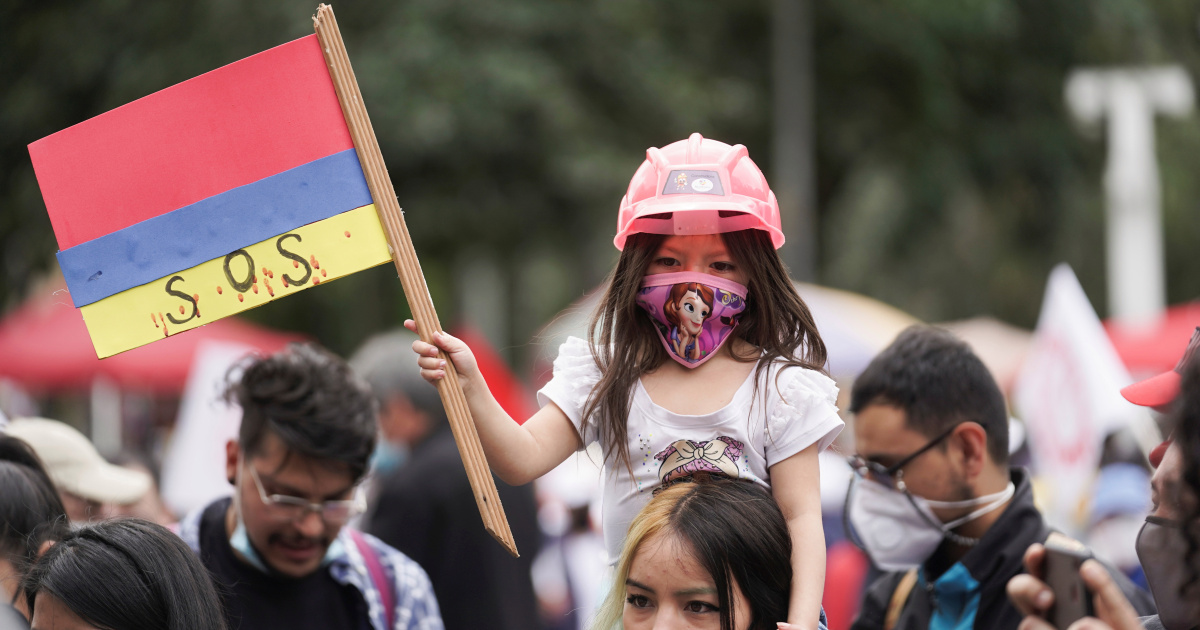 The finance ministry says the bill will not affect most taxpayers, after a proposed increase in April drew protests.

The law would raise significantly less than the $6.3bn package that was sought by the government in an April proposal that was later withdrawn amid mass demonstrations and lawmaker opposition.

The government of President Ivan Duque insists the measure is vital at a time of rising debt and an expanding fiscal deficit and must be passed to shore up social programmes.

“The social investment law, which we will build between all of us, is the largest jump in human development in recent decades,” Duque told legislators as he opened Congress’s second legislative period of the year on Colombia’s Independence Day.

But the previous tax proposal pushed thousands of people into the streets across Colombia for several weeks beginning in late April as critics said the legislation would disproportionately harm the country’s working and middle classes.

The weekly protests, which were suspended last month, later expanded to include a wide array of demands, including greater economic and educational equity, as well as an end to police violence against demonstrators.

Protesters again took to the streets of several cities to mark Colombia’s independence day on Tuesday, demanding police reform and greater support from the government in the wake of the coronavirus pandemic, which has seen the poverty rate rise from 37 to 42 percent in the country of 50 million.

Protesters who gathered in Bogota voiced scepticism about government promises to reform the police and improve opportunities for young people, including a 25 percent minimum wage subsidy for companies that hire 18- to 28-year-olds, a provision in the tax reform.

“I hope that finally Congress will start to legislate in favour of the interests of all Colombians and not just a group of individuals that are getting rich,” Ivan Zapata, a 46-year-old dentist protesting in the capital, told AFP.

The demonstration was called by the influential National Strike Committee that represents Indigenous people, trade unions and students, among others.

The group had suspended its protests on June 15 but pledged to kick them off again on the nation’s independence day with the aim of taking demonstrators’ demands to Congress.

“We’re fighting for the recognition of our rights to health, education, and no violence,” said Noelia Castro, a 30-year-old teacher who joined the rally in Bogota.

The attorney general’s office has directly linked more than two dozen deaths to the demonstrations, while rights groups say they have confirmed many more.

Major unions have said they will propose 10 reforms to Congress, including the creation of a basic income.